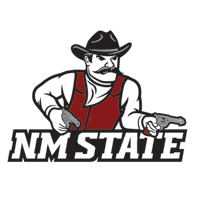 TEMPE, Ariz. – The No. 19 ranked Sun Devils began 2023 with a pair of 7-0 wins over both in-state foe Grand Canyon and UCSD at the Whiteman Tennis Center on Saturday.

Giulia Morlet’s 7-5, 6-4 win on Court 1 over Natasha Puehse – the reigning WAC Player of the Year – gave the Sun Devils a clean sweep in its first match of the year.

Domenika Turkovic clinched the afternoon victory, giving the Sun Devils the decisive fourth point of the match, when she beat UCSD’s Ella Pachl, 6-2, 6-1.

The Sun Devils relied on a handful of familiar faces, plus two impressive performances from newcomers Chelsea Fontenel and Rachel Hanford, to jump out to a 2-0 start on the season.

MATCH ONE VS. GCU

The returning tandem of Patricija Spaka and Turkovic clinched the first doubles win of the year with a 6-4 win on Court 1. Chelsea Fontenel recorded her first doubles win, 6-4, with partner Marianna Argyrokastriti on Court 3.

Fontenel opened up singles play with a 6-0, 6-3 win on Court 3 for her first career collegiate singles victory. Sedona Gallagher quickly followed with a decisive 6-2, 6-1 win on Court 5.

Five of the six Sun Devils on the court…