No. 19 Sun Devils Open 2023 With Two Doubleheaders in Three Days 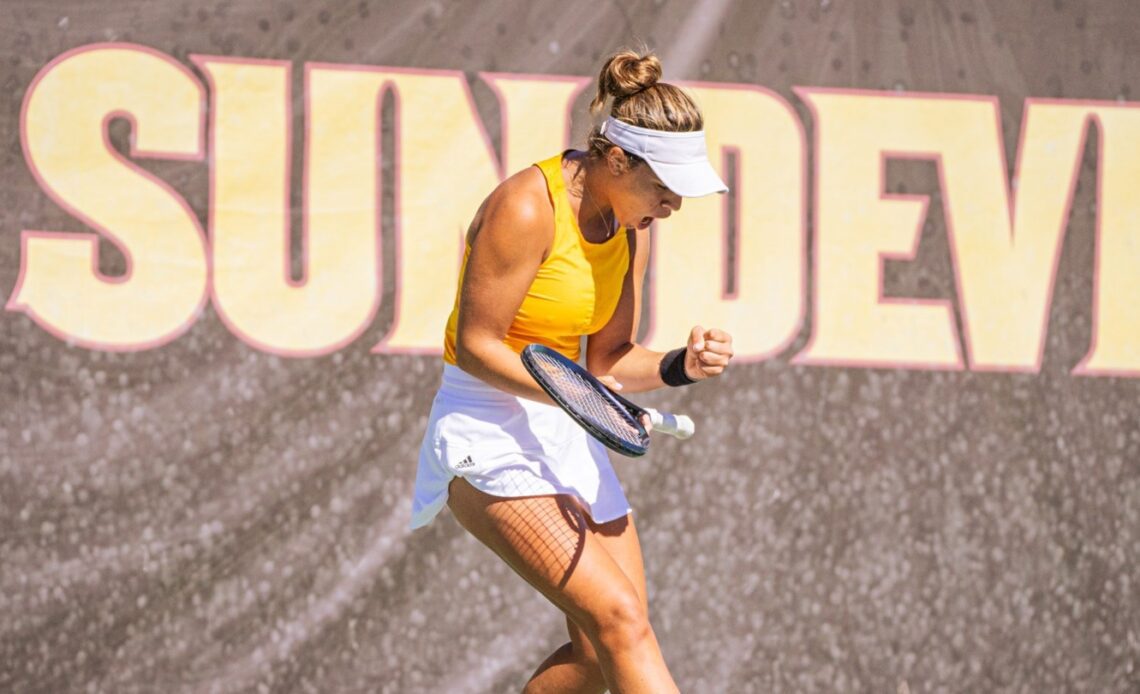 TEMPE, Ariz. – Four matches in three days is how the No. 19 Sun Devil Women’s Tennis team will open the 2023 regular season, beginning with a Saturday doubleheader at the Whiteman Tennis Center.

Less than 48 hours later, the Sun Devils will suit up once more for another twin bill on Monday, January 16, against Northern Arizona (10 a.m.) and New Mexico State (3 p.m.) at Whiteman.

Live results for all four matches will be available here.

The Sun Devils’ roster largely mirrors the one they trotted out a season ago, as six of seven returned. Junior Rachel Hanford and freshman Chelsea Fontenel are set to make their Whiteman Tennis Center regular season debuts this weekend as the team’s two newcomers.