No. 19 NC State starts season with two wins over UNCG 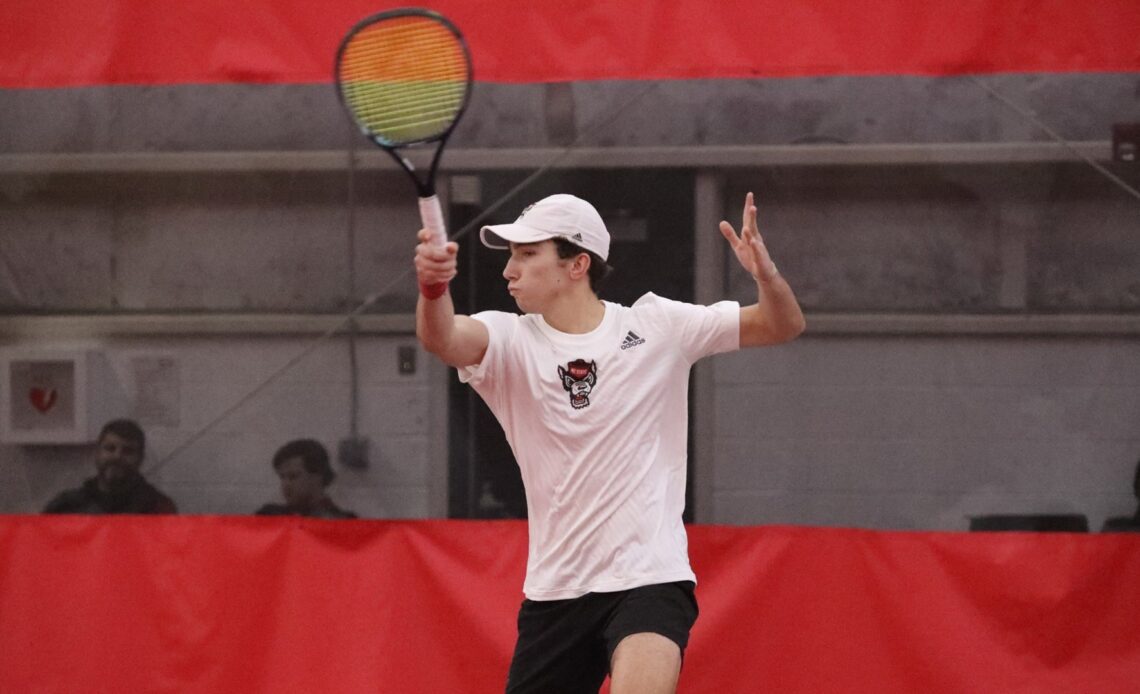 
RALEIGH The No. 19 NC State men’s tennis team picked up two victories on Saturday, sweeping UNCG in the season opener for both teams.

The Pack defeated the Spartans 7-0 in the first match of the day and 4-0 in the second. The second match was a clinch-clinch first team to four scenario.

Play was tight across the board for both teams starting out, but once NC State found a groove, it was smooth sailing.

After falling down 2-0 on court one, Robin Catry and Luca Staeheli rallied for a 6-3 win over David Flisberg and John Gabelic. On court two, No. 38 Martins Rocens and Fons Van Sambeek were knotted at two versus Devon Moskowitz and Christopher Johns before pulling away in the final set.

Braden Shick found himself in a tiebreaker versus Tymofiy Khrystyuk in singles action, needing a tie breaker to pull away.

That was about all the drama that unfolded during singles competition. Martins Rocens made quick work of John Gabelic, 6-0, 6-0.  Fons Van Sambeek looked impressive against Chrisopher Johns with a couple of 6-0 wins. True freshman Martin Borisiouk picked up a singles win in his school debut, knocking off Andrew Black 6-3, 6-3.

Rafa Izquierdo Luque and Joe Wayand picked up a 6-2 win to get the Pack off to a good start in the second match of the day. Braden Shick and Borisiouk wrapped up doubles competition with a 6-4 win.
Singles vs. UNCG Match 2
NC State only needed three matches to wrap up singles competition against the Spartans. Borisiouk stayed on a roll, winning 6-1, 6-2 for the first finish. Shick, playing against his hometown team, knocked off Devon Moskowitz, 6-1, 6-2. The contest that wrapped it all up was a 6-1, 6-1 win by lzquierdo Luque, the No. 122 ranked player.