No. 14 Wake Forest Opens 2023 Campaign with Consecutive Victories Over Tennessee Tech and Elon 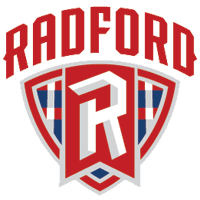 WINSTON-SALEM, N.C. – In its first matches of the 2023 campaign, the 14th-ranked Wake Forest men’s tennis team collected a pair of victories over Tennessee Tech (7-0) and Elon (6-1) Monday inside the Wake Forest Indoor Tennis Center.

The Demon Deacons (2-0, 0-0 ACC) swept singles action for the day en route to their 20th 2-0 start in the past 23 seasons. Additionally, the Deacs improved their home record to 107-4 since the beginning of the 2016-17 campaign. Of note, Wake Forest has won 28-consecutive home matches dating back to last season.

In singles action, the Demon Deacons picked up victories on Courts 1-4, while earning a point on Court 5 as a result of an early retirement. Additionally, the Deacs captured another point due to a Tennessee Tech forfeit on Court 6.

After dropping the doubles point to Elon to start its second match of the day, Wake Forest stormed back to secure a 6-1 decision over the Phoenix behind a sweep in singles play.

The Demon Deacons opened singles action with consecutive victories from freshman Božo Barun and senior Matthew Thomson. Shortly after, senior Melios Efstathiou and junior Filippo Moroni earned wins on Courts 1 and 2 to clinch the contest for Wake Forest. The two sides played out the remainder of the match, resulting in a 6-1 decision for the Demon Deacons.

With Monday’s victory over Elon, the Deacs remain unbeaten against the Phoenix all-time.