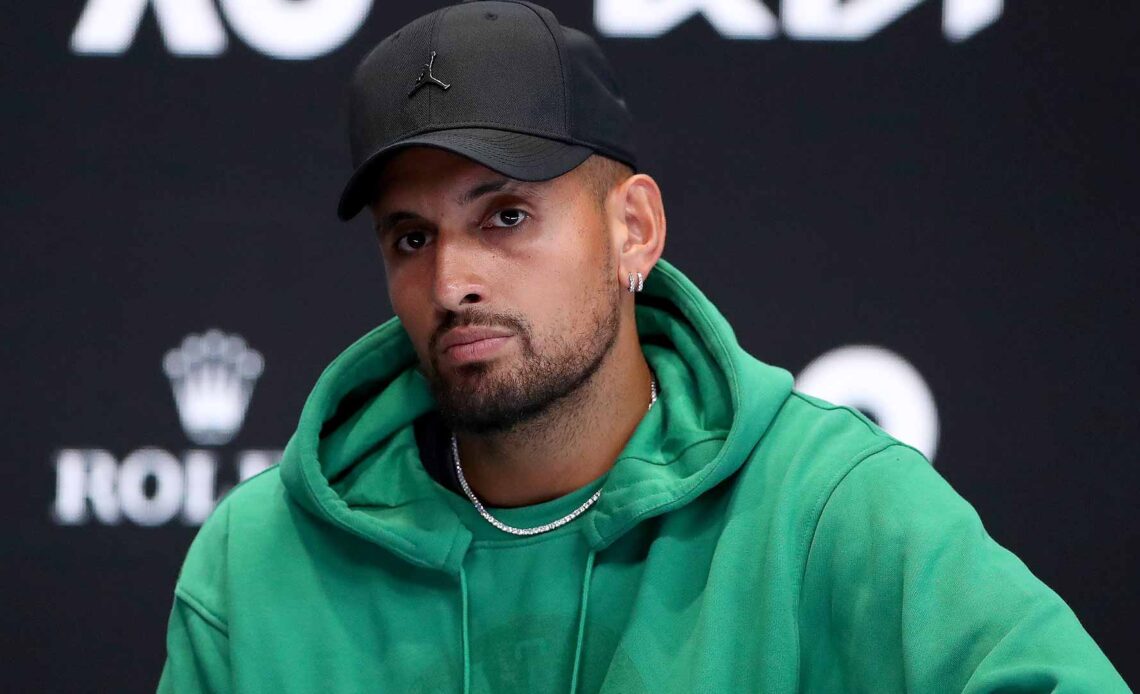 
Nick Kyrgios was set to play Roman Safiullin in the first round at Melbourne Park.


Aussie suffering from a knee injury

Nick Kyrgios withdrew from the Australian Open on Monday due to a knee injury. The Australian was scheduled to face Roman Safiullin on Tuesday.

Kyrgios earned one of the best results of his career at the 2022 Australian Open, where he partnered close friend Thanasi Kokkinakis to the doubles title. The 27-year-old maintained his form throughout the year, advancing to the Wimbledon final in singles and triumphing at the Citi Open among other results.