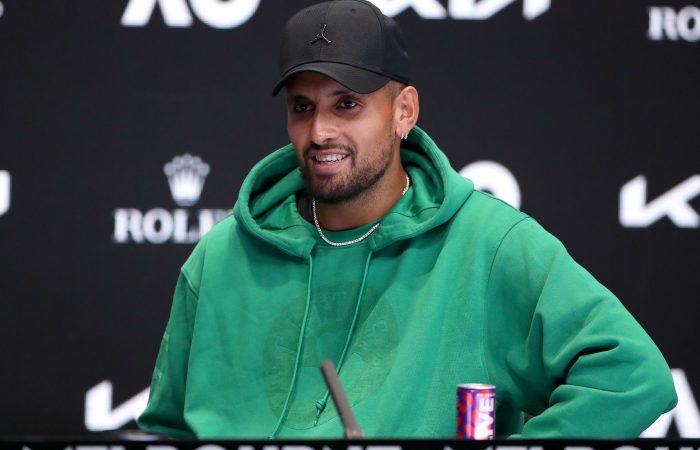 Nick Kyrgios believes it is a “privilege” to be considered an Australian Open 2023 title contender.

Nick Kyrgios is happy to be considered a title favourite at Australian Open 2023.

“I think everyone wants to get to a position in their sport or their profession, be one of the best and have that expectation and pressure,” said the top-ranked Australian.

“It’s a privilege to go out there and feel that Australia wants me to win and to be one of the favourites.”

The 27-year-old is set to make his 10th consecutive main-draw appearance at his home Grand Slam.

“I walked in here at the Australian Open maybe eight, nine years ago as a wild card,” Kyrgios noted.

“Now to see how my career has unfolded, to get to a point where everyone kind of expects me to win and go far, it’s a good feeling.”

Kyrgios’ best previous Australian Open result is a quarterfinal appearance in 2015. But after a career-best 2022 season, which saw him reach the Wimbledon singles final and win the Australian Open doubles title with Thanasi Kokkinakis, expectations are high.

As he prepares for a first-round clash with world No.98 Roman Safiullin, Kyrgios admits his favourite tag comes with “a lot of stress”.

“I see it everywhere, on social media, everyone talking about it. ‘How are you feeling about Australian Open? You’re one of the favourites’,” said the AO 2013 boys’ singles champion.

“It’s hard to kind of just focus on what I need to do.”

The world No.21 has had a busy week too. On Thursday night he walked the red carpet at Netflix’s world premiere of Break Point, a documentary series he heavily features in.

He played Novak Djokovic in a charity practice match in front of a capacity Rod Laver Arena crowd on Friday night, before returning to the court today for the Australian Open’s Kids Tennis Day.

“I mean, obviously it’s hard finding the balance,” Kyrgios said of managing his schedule in the lead-up to the first Grand Slam tournament of the season.

“Last night I look at the fact I’m able to raise a quarter of a million dollars for charity, make Novak feel right at home at the Slam where he’s had the most success. All the people that are just there to see me have…