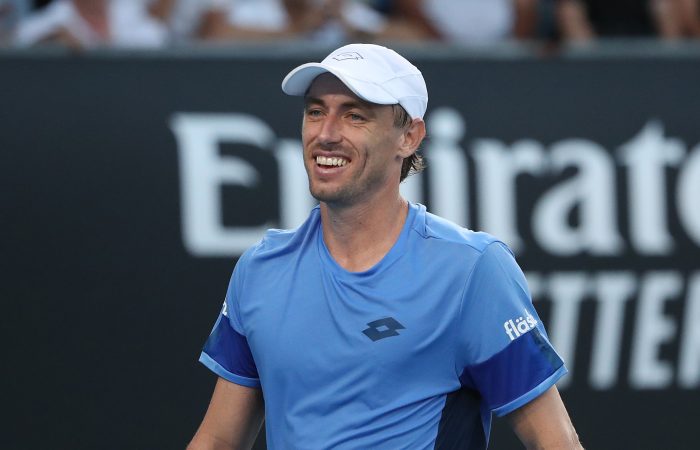 Millmania is alive and well at Australian Open 2023, with John Millman marching into the second round following a five-set epic against Switzerland’s Marc-Andrea Huesler.

Millman was playing his 12th five-set match at Grand Slam level, and his sixth at the Australian Open. Coming into this match, he’d lost his previous seven five-setters stretching back to Wimbledon 2016.

The first set stretched nearly an hour, with only 12 points won against the serve throughout, as both players settled into a groove.

In the tiebreak, it was Huesler who reduced his unforced error count to overturn a 2-5 deficit on the way to taking the opening set.

The second set progressed a similar way, with Millman producing his first break point of the match at 5-all. He would convert that chance before holding serve comfortably to level the match at a set apiece.

Huesler broke early in the third and looked to be taking control but, in trademark fashion, Millman responded.

It was a record day one crowd at Melbourne Park and the grounds would hardly have heard a bigger roar than when Millman converted break point to get back on serve in the third set at 5-all.

When the Australian produced a magnificent lob at 5-6 30-30, the foundations of Court 3 began to shake.

As the third set went to a tiebreak, Huesler was able to hold his nerve with clutch serving and big forehands sweeping him to a two-sets-to-one lead.

The match had been an arm wrestle up to that point, but it turned significantly in the fourth with Millman seizing control to break serve twice (from five break point chances created), striking 14 winners on the way to a 34-minute 6-2 set.

As world No.51 Huesler began to fatigue, his first serve percentage dropped to 47 per cent, in the fifth as Millman kept the foot down to run away with victory in the four-hour battle.