Michigan Opens Doubleheader With Sweep of Brown at VTC 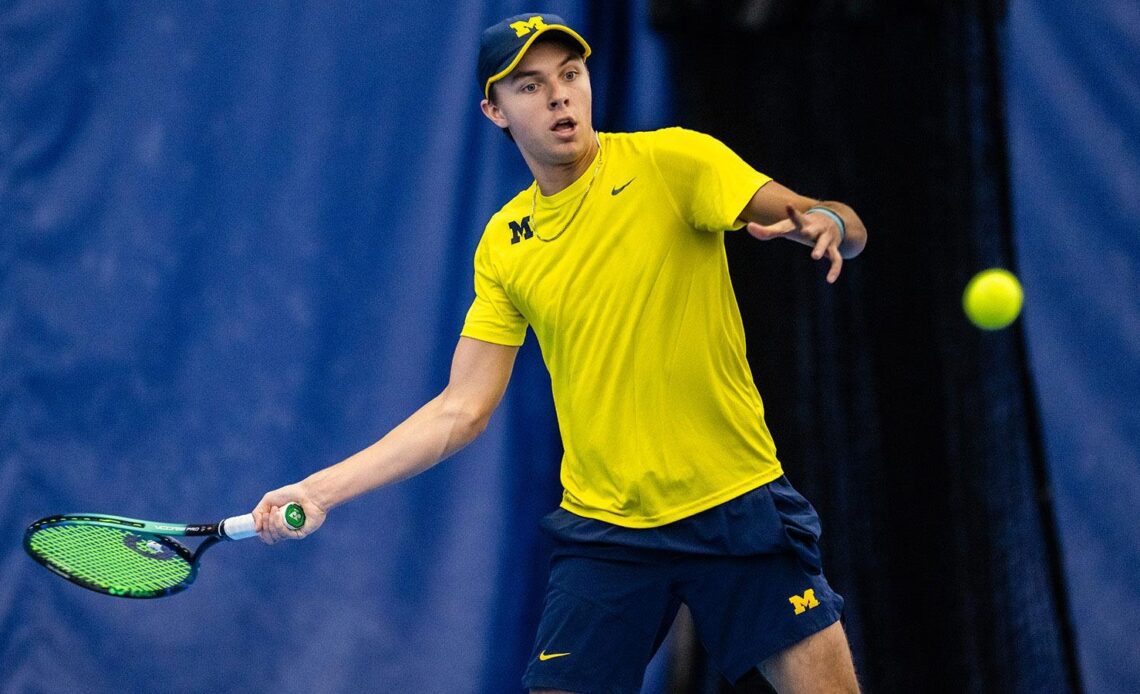 Michigan Opens Doubleheader With Sweep of Brown at VTC

ANN ARBOR, Mich. — The No. 5-ranked University of Michigan men’s tennis team made quick work of Brown University, winning 4-0 on Sunday (Jan. 22) in the first of two matches on the day at the Varsity Tennis Center.

For the third consecutive match, the Wolverines claimed the doubles point. Will Cooksey and Nicholas Steiglehner paired up for the first time this season and went on a wicked run, winning 6-2 at No. 3 to quickly get U-M halfway to taking a 1-0 team-match lead.

Patrick Maloney and Ondrej Styler improved to 3-0 with a 6-3 win at No. 2. The duo was down 3-2 against Niraj Komatineni and Matthew Mu before winning four straight to take the match. Andrew Fenty and Gavin Young, ranked No. 14 in the nation, teamed up for the first time this spring but their match at No. 1 was left unfinished, with the U-M pair trailing 4-3.

Steiglehner continued to run through his opponents at No. 6 as he quickly took down Mu 6-0, 6-1 to lift Michigan to a 2-0 lead early.

Jacob Bickersteth dropped just one game in his first set, 6-1 and found himself down 2-1 in the second, but he won the next three to take the 4-2 edge. He finished off Alex Koong 6-3 to improve to 8-2 on the season and gave Michigan a 3-0 lead over Brown.

Seconds later, No. 6 Fenty clinched the match for the Wolverines winning at No. 2 over Noah Hernandez. After taking a 6-1 first set, Hernandez put up a battle in the second and held a 5-3 lead. Fenty checked off the next four games for the 6-3 final and improved to 18-2 in singles.

The Wolverines will take a brief pause and resume action Sunday (Jan. 22) at 5 p.m., hosting Cleveland State at the Varsity Tennis Center.