Men’s Tennis Starts the Season with a Win 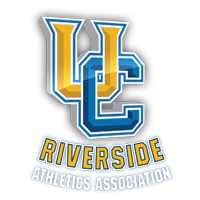 EUGENE, Ore. – The 2023 men’s tennis team started on the right track on Friday, defeating Utah State 6-1 to start the season.

Oregon’s doubles lineups saw some new faces teaming up to kick of the new season. Ivailo Keremedchiev and Wichita State transfer Ray Lo were at the No. 2 spot in the doubles lineup, followed by freshman Vlad Breazu and Jesper Klov-Nilsson. The Duck’s returning duo of Joshua Charlton and Quinn Vandecasteele continue to hold the No. 1 spot for Oregon.

Charlton and Vandecasteele gave the Ducks the first advantage of the match with a 6-4 win over Cierny and Zarkovic on court one. Court three then went to Utah State as Breazu and Klov-Nilsson were defeated by Ruiz and Savin of the Aggies. That left the point to be decided on court two, where Oregon clinched it 6-2.

The Ducks one-through-four spots in the singles lineup returned from last season, with Breazu and Lo rounding out the squad in fifth and sixth. Quinn was in top form today and got the second point of the day with a 6-0, 6-3 sweep. Klov-Nilsson quickly followed with the same scoreline, and Oregon found themselves in good shape up 3-0. Breazu clinched the match on court five in another sweep, 6-2, 6-3. With the match in-hand, Oregon played out the remaining singles matches.