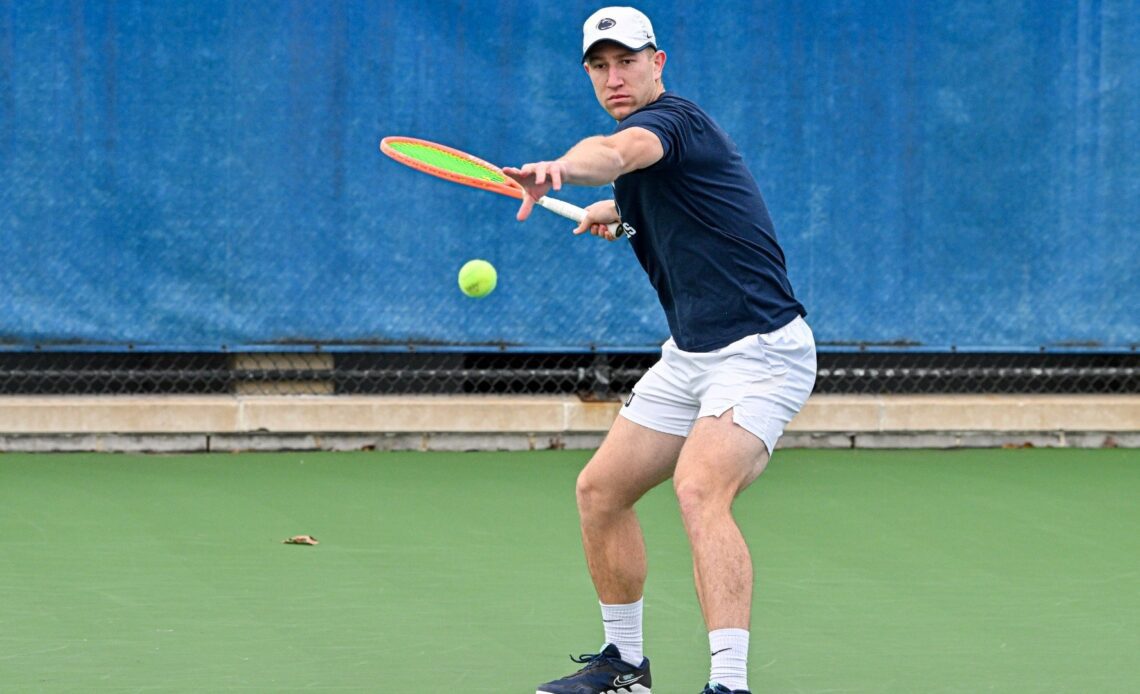 UNIVERSITY PARK, Pa. – The Penn State men’s tennis team begins its 2023 campaign against the Delaware Blue Hens and Georgetown Hoyas on Sunday, Jan. 22 in doubleheader action. The Nittany Lions face off opposite the Blue Hens at 10 a.m. ET, before taking on the Hoyas at 3 p.m. ET.

Penn State is heading into its 12th season under the guidance of head coach Jeff Zinn. Coach Zinn, one of the winningest coaches in Division 1 men’s tennis, boasts a 156-125 record as a Nittany Lion. Returning to the squad this season is junior Sam Bossem (14-4) who led the team in singles wins last season, Miko Eala and Charl Morgan who collected seven dual doubles wins as partners, as well as sophomore Loren Byers who earned 12 nonconference singles wins as a freshman.

Malik Bhatnagar, Harrison Janes, Andrei Paduraru, and Ismail Saadi also return to the 2023 Nittany Lions. Zinn added two freshmen to the Blue and White in the form of Pranav Nemani and Stefan Simeunovic. Rounding out the team, University of Utah transfer Chris Heck joins the Nittany Lions for the spring season.

The Nittany Lions ended their fall season at the Liberty Hidden Dual, collecting four singles and two doubles wins over three days of play. Bossem earned his fourth singles win of the fall and Nemani and Paduraru collected their first win as a pairing.

Delaware opens its season against Bucknell on Saturday, before heading to State College to take on the Nittany Lions.

Penn State is 1-0 all-time against Delaware after collecting a 6-1 victory over the Blue Hens during the 2022 season. Penn State swept doubles action as partners Morgan and Eala clinched the point in a 6-3 contest. In singles, Byers won the match for the Nittany Lions in a 5-7, 6-3, 6-0 comeback on court four.

Georgetown is 1-1 in the spring heading into their matchup versus Penn State. Winning their season opener over Presbyterian College, 4-3, the Hoyas dropped their second match against Old Dominion, 3-4.

This matchup marks the first time in program history that the Nittany Lions and Hoyas will face off on the court.

Penn State will continue their schedule against Duquesne and St. Francis in another doubleheader matchup on Saturday, Jan. 28…