Men’s Tennis Off To Lexington For ITA Kickoff 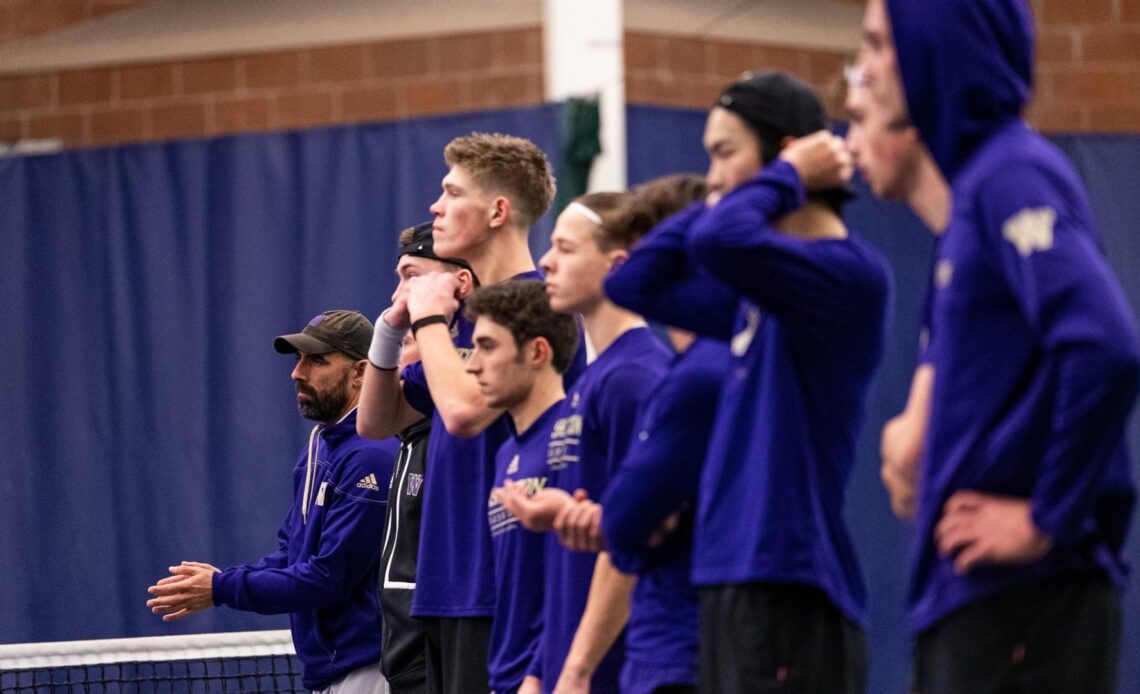 THIS WEEK IN HUSKY MEN’S TENNIS

SEATTLE — The Huskies kicked off the 2023 season with two victories last week, but now it’s officially ITA Kickoff Weekend, with the Dawgs heading to Lexington, Kentucky to take part in the qualifying rounds of the ITA National Team Indoor Championships.

Lexington is one of fifteen sites around the country that will host first and second round matches this weekend. Out of four teams at each site, one will advance on to the National Team Indoors in February.

The Huskies will take on Notre Dame in the first round on Friday, Jan. 27, at 2 p.m. Pacific time. Prior to that match, the host Wildcats, the No. 4 overall seed, will take on Liberty. Saturday, the two winners will face off at 12 noon Pacific time, and the non-advancing teams will play earlier that morning, at 8 a.m. Pacific.

This will be UW’s first time in the Kickoff Weekend since 2019. Last year, as the championships host, the Huskies were automatically entered in the sixteen team National Team Indoor field.

The Fighting Irish have already played five matches this season, going 4-1 with a loss to Northwestern, and a 4-3 win over Western Michigan in its last match. Notre Dame has the 17th-ranked singles player in Sebastian Dominko.

Kentucky, the NCAA runner-up a year ago, is currently ranked 5th and has started 4-0, with a key 4-1 win over Illinois. The Wildcats have two ranked singles players in No. 14 Joshua Lapadat, and No. 108 Taha Baadi. The Wildcats had an historic run to the NCAA title match last spring, defeating DePaul, Northwestern, Wake Forest, TCU, and Ohio State in that order before falling to Virginia in the finals.

Liberty opened its season against No. 1-ranked Virginia but was unable to get on the board against the Cavs. It followed with wins over Tennessee Tech and Queens to go to 2-1 heading into the weekend. Last year Liberty won the ASUN conference title and advanced to the NCAA Championships, falling to North Carolina State in round one.