Men’s Tennis is BACK! Season Kicks Off Thursday & Friday 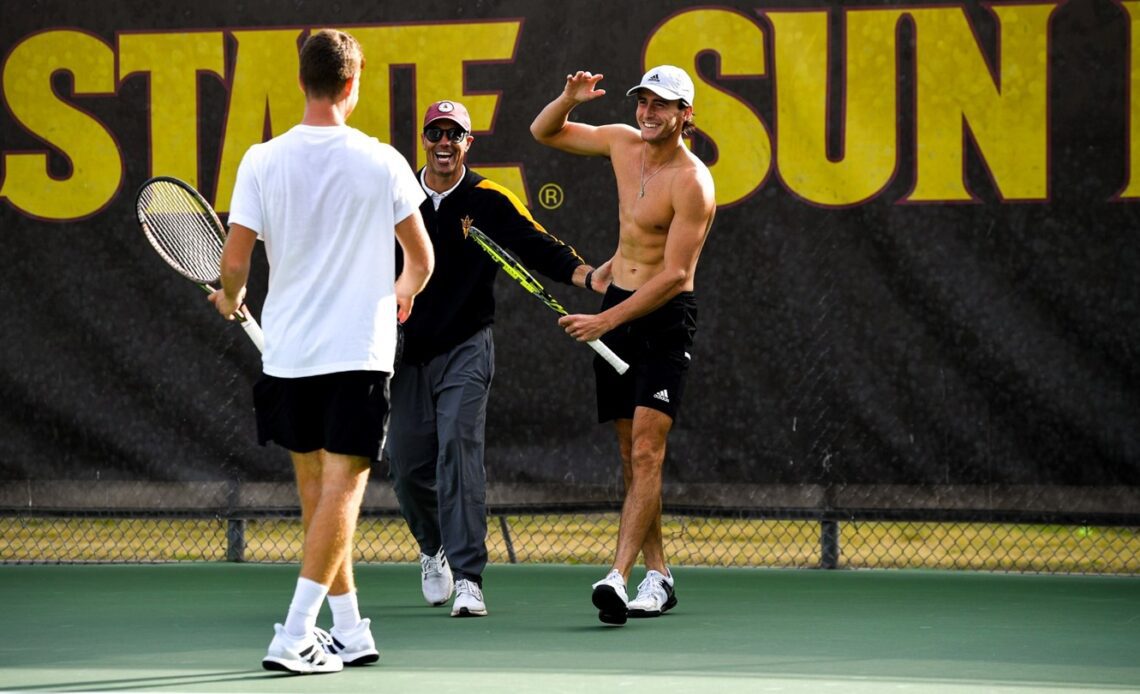 TEMPE – Sun Devil Men’s Tennis begins their 2023 regular season this Thursday and Friday against the Illinois Fighting Illini. The Sun Devils take on Illinois in back to back day, first on Thursday at 11:00 a.m. AZ before hosting them again Friday at 11:00 a.m.. Both matches will be at the Whiteman Tennis Center. Attendance is free and open to the public.

Following the matchups, the Sun Devils then have a double header on Sunday, Jan. 15 against Wichita State at 9:00 a.m. AZ and Bryant (3:00 p.m.) These final two matches will stream via ASU’s Live Stream here.

SPECIAL NOTICE: ROAD CLOSURES SUNDAY
Roads around Tempe and north campus will be closed or congested Sunday January 15 for the Arizona Rock ‘n’ Roll Marathon.  University Drive will be closed to all traffic from Mill Ave to McClintock from 3:00 a.m. to approximately 10:00 a.m. Sunday Morning. Below are best routes to SDA Facilities before 10am:

Whiteman tennis center:
From the west, north and east: Use 202 to Rural Road, south to Rio Salado, west to Packard Drive, south to campus facility.
From the south: Use Mill Ave to 5th street to Veterans Way east to 6th Street, to Packard Drive.

Sun Devils Reloaded
The Sun Devils look to start off the 2023 regular season strong behind returning players and newcomers alike. Team captain Max McKennon returns to the lineup, as does ITA National Freshman of the Year Murphy Cassone. Newcomers Constantinos Koshis and Roi Ginat add depth to the lineup as well. Koshis was the No. 67 ITF Junior, has five titles since 2019, and has competed in every Junior Grand Slam. Ginat was the No. 149 ITF Junior and No. 445 ITF Men’s player.

Cassone and Koshis are both coming off appearances in the US Open Juniors prior to the start of the 2022-23 school year. Cassone lost in his first match at the Open, but Koshis reached the main draw after two qualifying wins before he was eliminated.

Cassone had a strong freshman season, going 15-5 in singles and 9-0 in Pac-12 play with a victory over the No. 1 player at the time, Auguste Holmgreen from San Diego. In his freshman season, Cassone earned ITA Rookie of the Year, and defeated four top-10…