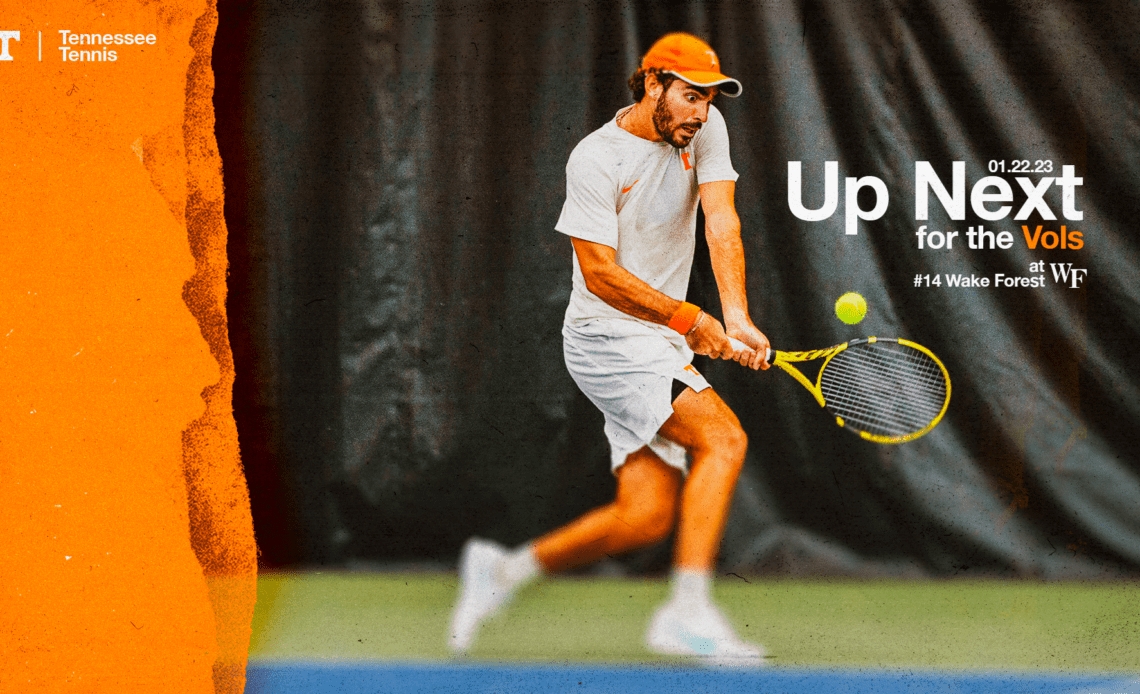 Tennessee (4-1) looks to get back in the win column in Winston-Salem against the unbeaten Demon Deacons (4-0). Live stats of the match can be found here and a live stream of Sunday’s action can be accessed here.

When Tennessee (4-1) and Wake Forest (4-0) face off Sunday afternoon, it will mark the series’ 19th edition, dating to 1975. The Vols hold a 13-5 advantage in the series. The Vols won 12 consecutive matches over Wake Forest from 1982-2014. The two squads meet for the second consecutive year and for the second time in the past six seasons. In 2022, Emile Hudd clinched a 4-3 victory for the then-top-ranked Vols over the then-10th-ranked Demon Deacons in Knoxville.

In its last 113 home matches, Wake Forest holds a 109-4 record, dating to the start of the 2017 dual season. A Tennessee win Sunday would be just the fifth Demon Deacons’ home loss in the past seven campaigns and would snap Wake Forest’s 30-match active home win streak, dating to last dual season when it compiled a 26-0 mark at home. Wake Forest is 4-0 this year, with all four wins coming at home.

“All the guys are excited to get back out there and compete again,” Hudd said. “We want to bounce back after Thursday and this is a great opportunity to play against a good team. We had a tough match against Wake Forest last year and expect the same this year. It will be an exciting match.”

DEMON DEACONS IN THE RANKINGS

VOLS AGAINST THE RANKED

Sunday’s road contest at Wake Forest serves as Tennessee’s 20th match against ranked competition since the start of the 2022 dual season. In each of those 20 contests, the Vols have been ranked inside the ITA top-6 and are 11-8 in top-25 matches during that span.

ON THE ROAD AGAIN

During Woodruff’s tenure as…