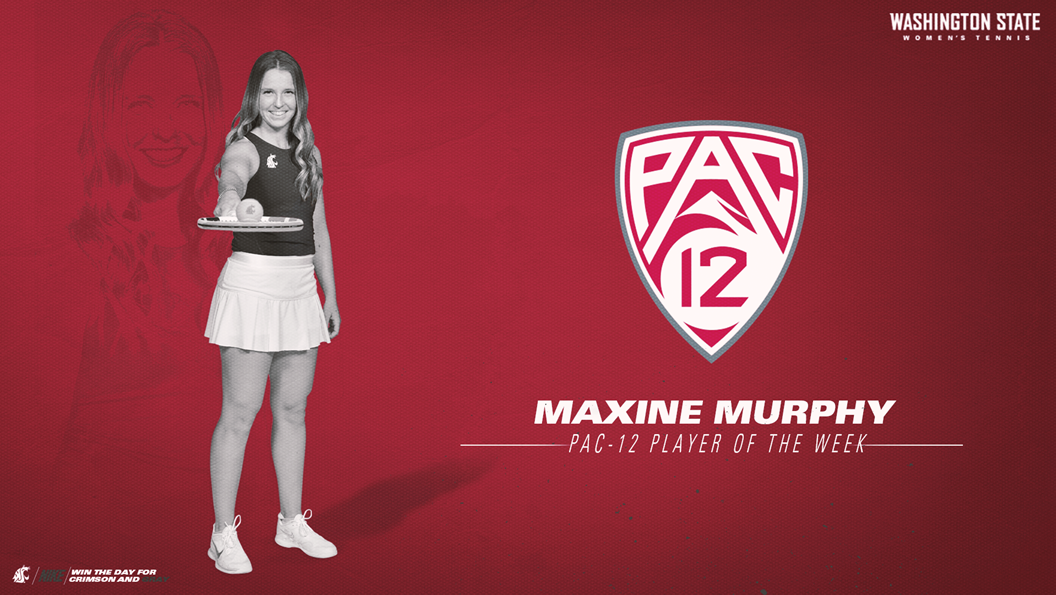 Murphy, a sophomore from Laguna Nigel, Calif, captured the conference’s first player of the week honor for the 2023 season after posting a pair of victories in the Cougars’ 7-0 victory over Montana last Friday. Her day began by teaming with freshman Eva Alvarez Sande for a 7-5 win over Hailey Murphy and Grace Haugen at No. 1 doubles. Murphy followed that up with a convincing 6-0, 6-1 win over Hailey Murphy at No. 1 singles, winning the first 11 games to open the match.

The honor marks the first of Murphy’s career and comes following her first dual match of the season. The Cougars are next in action Sunday when they host Gonzaga at Noon at the Simmelink Tennis Courts.