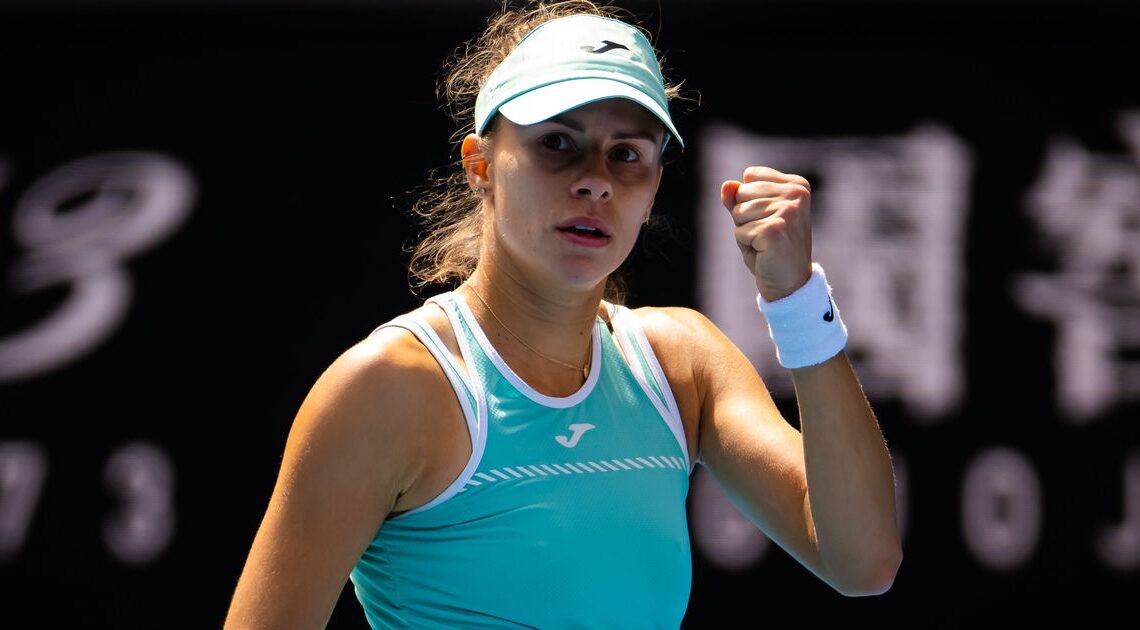 In her 30th Grand Slam main-draw appearance, Poland’s Magda Linette is through to her first quarterfinal after she upset No.4 seed Caroline Garcia in straight sets at the Australian Open.

Linette had been 0-6 in Grand Slam third-round matches before she beat No.19 seed Ekaterina Alexandrova in Melbourne two days ago, and kept her run going Monday with a 7-6(3), 6-4 win.

“I still can’t believe it. I don’t know what happened,” a breathless and emotional Linette told Jelena Dokic in her on-court interview. “I’m speechless really.

“I don’t want to say I didn’t expect it, because coming on the court I was confident with how well I was playing, but she’s such an amazing opponent and such a tough one, especially on a big stage. I’m just glad I stayed composed throughout the whole first set, and managed to come back again.”

Turning point: Linette trailed 3-0, down a double break, as well as 4-2 and 5-3 in the opening set before turning the match around in 1 hour, 57 minutes.

“I knew I had to serve really well,” Linette said. “I was taking my time to make sure that the quality of my serve was there, otherwise she was really punishing me. You could see it at the beginning.

“Once I picked up a little bit on my serve, I was just really focusing to stay really composed in my service games, and just to wait for my opportunities in return games.”

Giant killer: The win over Garcia is Linette’s fourth career Top 10 victory, and all four of them have come at Grand Slams. Three of them have been over Top 5 opponents.

Linette’s next opponent isn’t currently a Top 5 player, but knows her way around that area of the WTA rankings in former World No.1 Karolina Pliskova.

The Czech’s 6-0, 6-4 win in 55 minutes improved her career record against Zhang to 8-0 and put her into the final eight of the Australian Open for the fourth time.

The former No.1, seeded No.30, came from 4-2 down in the second set but otherwise cruised against No.23 seed Zhang, herself a former Australian Open quarterfinalist.

Stat of the match: Twelve of Pliskova’s 33 overall winners were aces. She won 82% of her first-serve points, won more than 50% of the points on return and broke Zhang’s serve five times. Zhang hit…