Li Tu: An amazing transition from coach to Grand Slam contender | 10 January, 2023 | All News | News and Features | News and Events 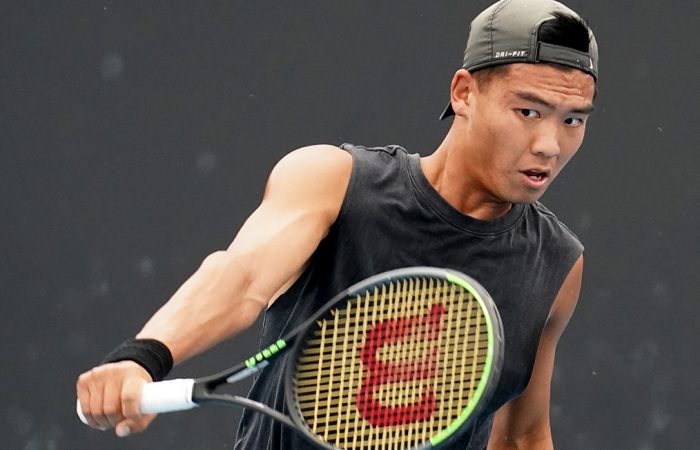 Li Tu has recorded a major career milestone by advancing to the second round in the Australian Open 2023 men’s qualifying singles competition.

A new chapter is being written in Li Tu’s incredible comeback story.

“It means so much,” Tu said. “Going in, I knew I could play at this level and I felt a lot more comfortable (out there). Last year I felt a bit like a fish out of water.”

Tu’s aggressive approach paid off against world No.137 Kovalik, winning 23 of the 27 points when he ventured to the net.

“I did a massive pre-season and put in the work with my coach,” said the world No.209.

“It feels great to start out with a win. I’m playing unbelievable, I think I barely missed a ball.”

Tu was a talented junior and represented Australia in the Junior Davis Cup competition alongside Thanasi Kokkinakis. But he decided to obtain a commerce and marketing degree, rather than pursue a professional career.

Tu stayed involved in the sport, running a coaching business in Adelaide and working with some of the state’s most promising juniors.

When COVID struck, Tu entered the UTR Pro Tennis Series and enjoyed immediate success. This inspired him to revisit his childhood dream of testing himself against the world’s best players.

Since then, Tu has been building his ranking on the secondary tours.

He recorded 46 wins in 2022 and claimed three ITF titles. He also won a first ATP Challenger title in Korea in October, which propelled him into the world’s top 200 for the first time.

“When I started playing again, I sort of gave myself two years to see how it goes,” Tu explained.

“I’ve gone from no ranking to 200, so I did not think I’d be where I am at all. I’m just enjoying the ride and having a laugh on court. That’s the main thing, just to enjoy myself. At the end of the day it’s a tennis match and there are more important things in life.”

As Tu continues his comeback, he is judging his efforts on his “attitude and work ethic” rather than results and rankings.

“I just want to get the best out of myself,” he said.