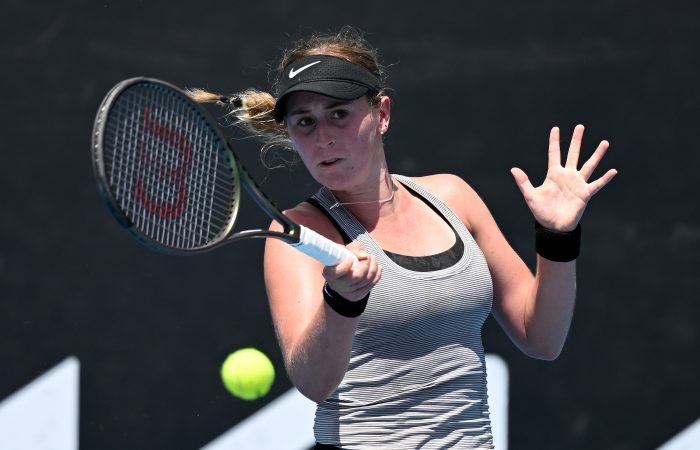 Saving match points to win an Australian Open match is a feat many dream of, yet few will get the chance to achieve.

From 3-5 down in the deciding set, the 17-year-old from Queensland won four consecutive games to claim one of the most memorable victories of her young career.

“To be down match points but to go and win four games in a row is really something I can take with me going forward,” Larke said after the match.

“I was focusing on each ball at a time, and on my shots, not what she was doing or what the score was.

“It was a bigger crowd than I’m used to playing in front of, but by focusing on each point instead of everything else, I didn’t get too nervous.”

Larke matches her career-best Australian Open result, having also made the second round in the girls’ singles competition last year.

Yet the rising Aussie star feels she is handling the occasion better this summer.

“There were a lot of tight points in last year’s tournament that I didn’t execute. My attitude let me down last year,” she said.

“I’ve focused on that a lot more this year, with nerves and staying positive and I feel like I’ve come back stronger.”

Today’s dramatic victory continues a memorable summer for the National Tennis Academy athlete, who currently sits at a career-high No.95 in the ITF world junior rankings.

Larke made her WTA-level debut earlier this month as a wildcard in the Hobart International qualifying competition. She took on Roland Garros 2021 semifinalist Tamara Zidansek in her first career-meeting against a top 100-ranked player.

“It was an amazing experience. It was my first WTA tournament and to be able to play against someone like her, with what she’s done, it was good for my game and my confidence,” Larke said.