Kyrgios out of Aussie Open with Knee Injury 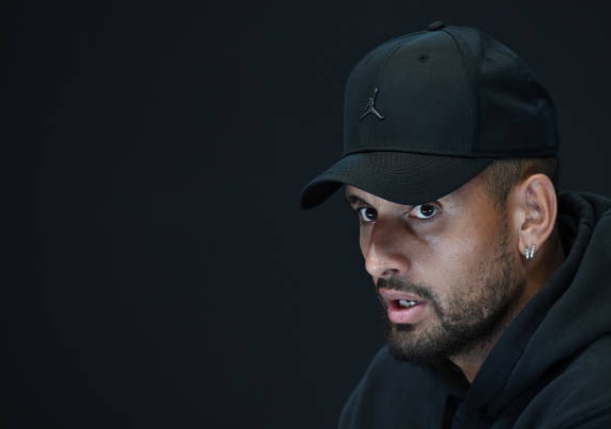 Nick Kyrgios has pulled out of the Australian Open, due to a knee injury that will soon require surgery.

The Aussie announced the news on Monday, with play underway at the first Grand Slam of the season.

The top-ranked Australian has a tear in his lateral meniscus and a cyst and will need to undergo surgery on the knee.

Nick Kyrgios says he is “devastated” to have to pull out of the @AustralianOpen because of a cyst on his knee, caused by a torn meniscus. Says he genuinely thought he could have won the title (if fit)

“Obviously this coming around is just bad timing. But that’s life. Injury is a part of the sport. I guess I can draw some inspiration from someone like Thanasi [Kokkinakis] who has had a bunch of injuries and has bounced back,” Kyrgios said. “Look, I’m not doubting I will be back to my full strength and playing the tennis I was playing prior to this event. Yeah, I’m devastated obviously.

“It’s like my home tournament. I’ve had some great memories here. Obviously last year winning the title in doubles and playing the best tennis of my life probably. Then going into this event as one of the favorites, it’s brutal. All I can do now is just look forward, do what I need to do and come back.”

Kyrgios, was slated as a potential quarterfinal opponent for Novak Djokovic when the draw was released on Thursday in Melbourne. He joins Carlos Alcaraz, Naomi Osaka, Marin Cilic among top names to be missing the first Slam of 2023.

Nick Kyrgios has pulled out of his home slam due to injury. Will have an arthroscopic knee surgery. #AusOpen pic.twitter.com/aYOTMiCK0i