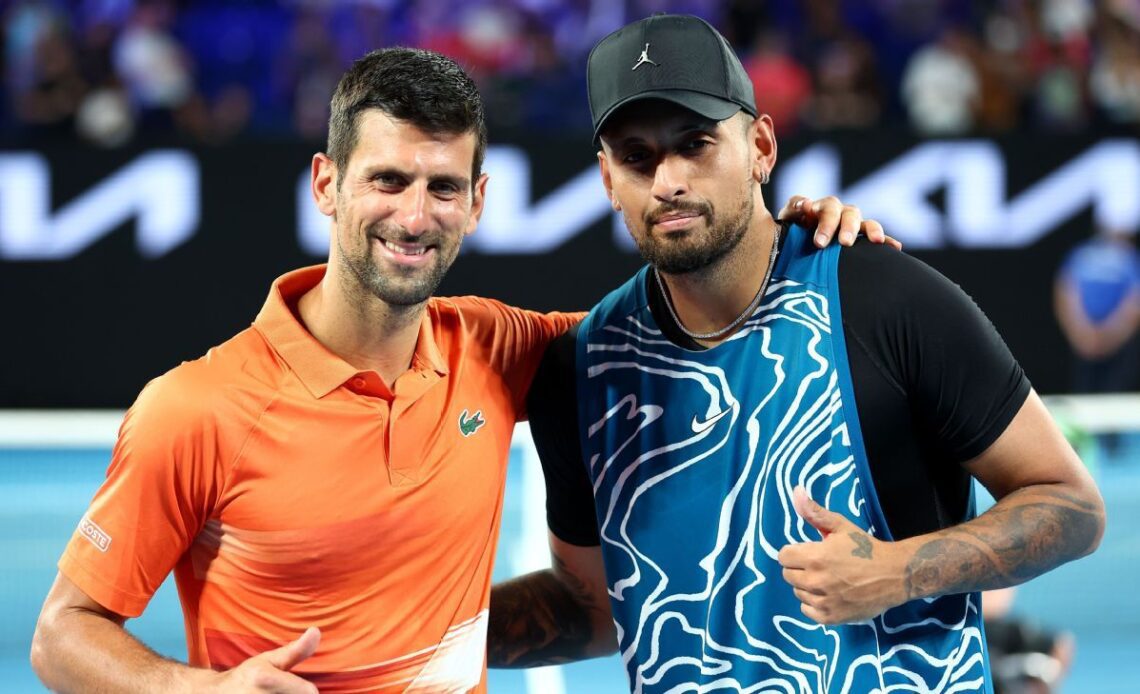 Djokovic was given a warm welcome by fans at a sold-out Rod Laver Arena on Friday night as he returned to Melbourne Park for the first time since last year’s deportation saga.

The nine-time Australian Open winner showed no signs of the hamstring issue that has troubled him this month and repeatedly played up to the crowd during the light-hearted hit-out for charity.

Kyrgios pulled out of the recent United Cup and Adelaide International tournaments with knee and ankle complaints and has not played a serious match since late last year.

But Australia’s top-ranked player — the host nation’s best shot at another Open crown after Ash Barty’s drought-breaking victory last year — moved well against Djokovic in a positive sign for his hopes of going deep into the second week.

Djokovic, who beat Kyrgios in last year’s Wimbledon final and is on a quarter-final collision course with the local firebrand in Melbourne, was full of praise for the 19th seed, who takes on world No.98 Roman Safiullin in the first round.

“He’s 2-1 against me, so as far as I’m concerned he can win anything,” Djokovic said.

After enjoying a “fantastic” response from fans in Adelaide this month, the Serbian superstar admitted he was unsure how he would be received in Melbourne a year after he was deported over his unvaccinated status.

But any fears were put to bed when an emotional Djokovic walked into Rod Laver Arena to loud cheers from the crowd on Friday night.

“It just feels great to be back in Australia, back in Melbourne,” Djokovic said.

“This is the court and the stadium where I created the best memories of my professional tennis career.

“Back in 2008 was the first time I won a grand slam, it was here, and 15 years later I’m here again and I’m competing at the high level.

“I must be very grateful for this opportunity to be here so thank you guys (the fans) for welcoming me in a good way tonight.”

Kyrgios, who had previously called Djokovic a “tool” and mocked his post-match celebrations, defended his rival amid the deportation…