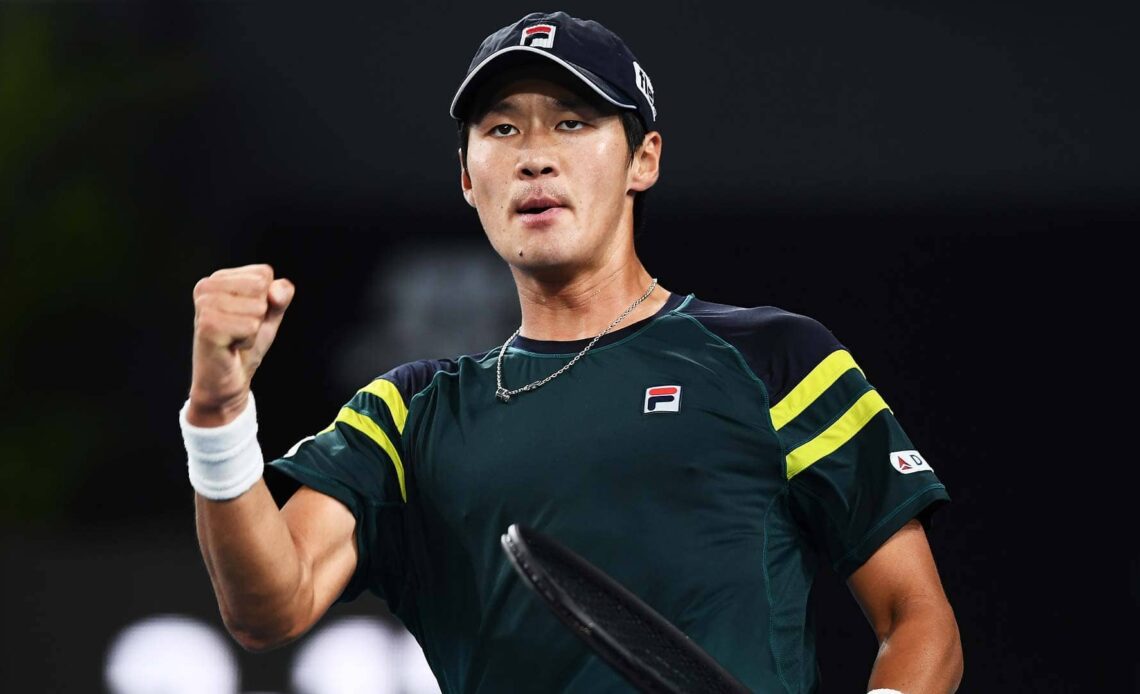 Soonwoo Kwon polished off a stirring tale of second-chance success on Saturday at the Adelaide International 2, where the South Korean held off Roberto Bautista Agut in an absorbing championship match to triumph at the ATP 250 event.

The South Korean edged the fourth-seeded Bautista Agut 6-4, 3-6, 7-6(4) in a two-hour, 43-minute epic to lift his second ATP Tour title. Only playing in the main draw as a lucky loser after losing in the final round of qualifying, he took out Tomas Machac, Pablo Carreno Busta, Mikael Ymer, Jack Draper and Bautista Agut with a series of big-hitting displays this week in South Australia.

The 25-year-old Kwon is the first South Korean to win multiple ATP Tour titles, following his maiden triumph in Astana in 2021. After becoming the first lucky loser to lift a tour-level trophy since Marco Cecchinato in Budapest in 2018, Kwon rises 32 spots to No. 52 in the Pepperstone ATP Live Rankings.