Illini to Arizona for Kickoff Weekend 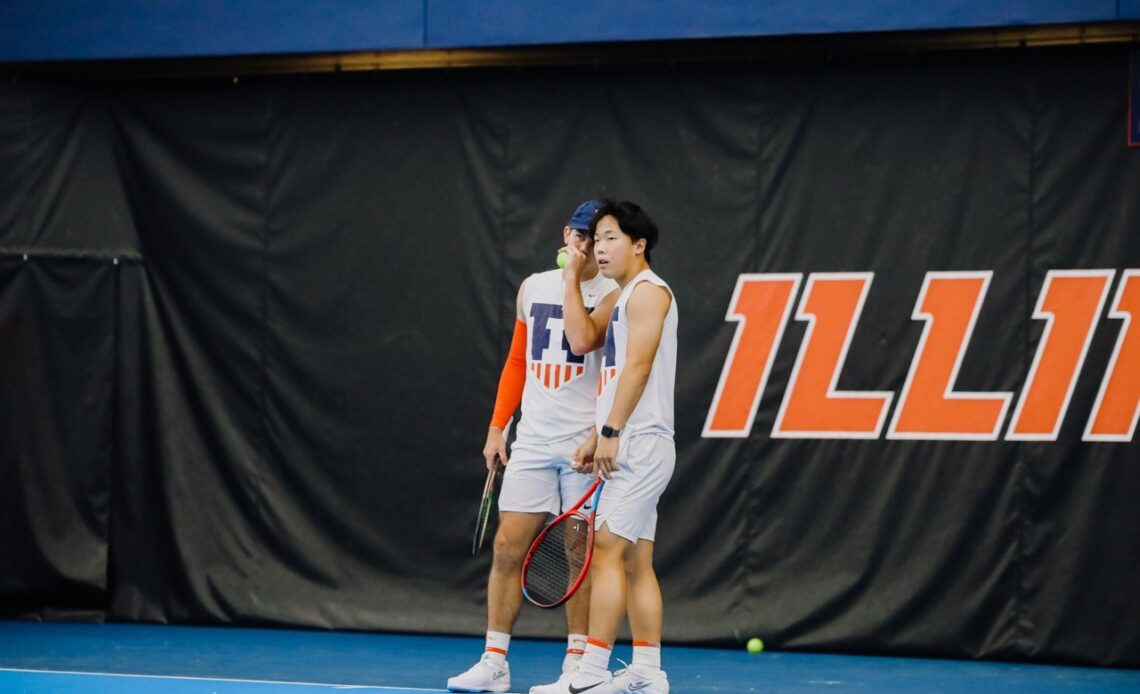 TEMPE, Ariz. – The Illinois men’s tennis team will head to Arizona to officially kick off the 2023 spring season in the Sun Devil Hidden Dual from Jan. 12-13, followed by a pair neutral-site matchups vs. Wichita State and Bryant on Jan. 14.

The Illini are coming off an exhibition match against Oklahoma from Jan. 8-9, where the only two matches that counted were William Mroz, Gabrielius Guzauskas and Karlis Ozolins, since the trio didn’t compete in the fall.

On the first day, Guzauskas and Mroz paired up for doubles and beat the Sooners’ Baptiste Anseimo and Luis Valdes 6-4 before each capturing singles victories later in the day. Guzauskas defeated Anseimo, 6-2, 6-4, while Mroz beat Valdes, 6-3, 6-3.

New Guys On the Court

The Illini welcome four new members of the team in 2022-23. Graduate transfer Oliver Okonkwo joins the Illini from Iowa, while sophomore Matthis Debru is a transfer from Georgia. Two freshmen, Kenta Miyoshi and Tyler Bowers, join the program from Kawasaki, Japan and Bloomington, Ill., respectively.

Illinois will take on host school Arizona State, as well as Grand Canyon at the Sun Devil Hidden Dual.

Arizona State has sophomore Murphy Cassone at their disposal. Cassone went 15-5 in singles, with a perfect 9-0 record in Pac-12 play last season. The Sun Devils also have a promising freshman in Constantinos Koshis who, prior to Arizona State, had won five titles since 2019 and was a part of the Wimbledon Juniors and the Australian Open Juniors.

Grand Canyon returns its top player in sophomore Jonathan Da Silva, the 2020-21 WAC Freshman of the Year. Da Silva also took home the WAC Men’s Singles Player of the Month in November following his showing at the ITA Southwest Regional.

Wichita State sophomore Kristof Minarik was tabbed the American Athletic Conference Player of the Month for October on for his efforts in fall play.In October, Minarik went 6-2 in singles and 2-1 in doubles, recording a Round of 32 singles win over No. 101 Alex Martinez of Oklahoma and a Round of 16 doubles win over No. 51 Martinez and Nathan Han (OU) at the ITA Central Region Championships.