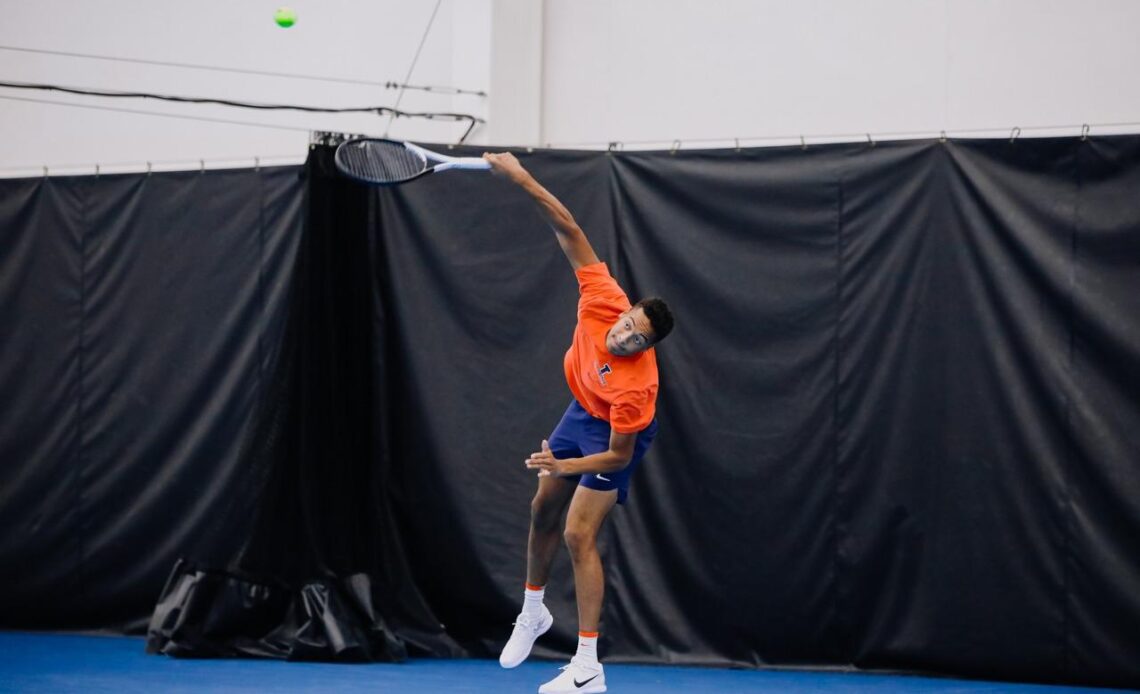 
While doubles duo Hunter Heck and Lucas Horve were battling hard with Andrew Lutschaunig and James Trotter, Ohio State quickly snatched up the doubles point before Heck and Horve could finish.


The Buckeyes got four more points in singles play, but both Heck and Oliver Okonkwo fought hard to keep the match going.

Okonkwo won the sole point, helping the Illini avoid the sweep. After winning the first set, 7-6 (4) and dropping the second set, 7-5, the graduate transfer picked up the third set tie break, 10-4.

Heck took Justin Boulais all the way to three tie breaks. The junior lost the first set 6-7 (5), battled back to win the second set, 7-6 (5) but ultimately fell in the final tie break, 10-7.

Illinois will now come back to Champaign for their opening weekend. The Illini are set to play Butler on Jan. 28 at 10 a.m. followed by Illinois State at 6 p.m. and Drake on Jan. 29 at 1 p.m. followed by Bellarmine at 5 p.m.