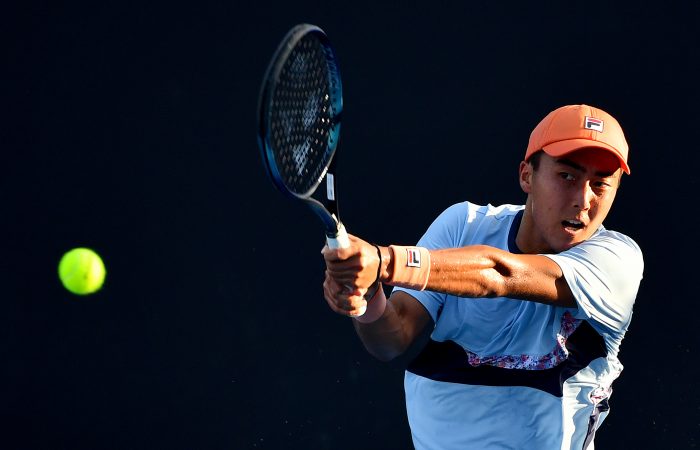 Aussie wildcard Rinky Hijikata has recovered from a two-set deficit to score a memorable victory in his Australian Open main-draw debut.

The 21-year-old Aussie wildcard produced a remarkable comeback to record a 4-6 4-6 6-3 7-6(5) 6-3 victory against German qualifier Yannick Hanfmann at Melbourne Park this evening.

Hijikata battled for four hours and 25 minutes in front of a vocal Court 8 crowd, eventually wearing down his world No.128-ranked opponent in an enthralling first-round encounter.

The world No.169 didn’t buckle under pressure against 31-year-old Hanfmann, stepping up to record a gutsy win in what was, by far, the longest match of his young career.

Hijikata embraced the spotlight, urging the patriotic crowd to get behind him as he recovered from the two-set deficit. He used this momentum to shine, striking 58 winners to secure his first Grand Slam main-draw singles victory in memorable fashion.

“I couldn’t have done it without the support today,” Hijikata said. “I’m so grateful for everyone coming out. That is the most fun match I’ve ever played in my life.”

His reward is a second-round showdown with third seed Stefanos Tsitsipas, a three-time Australian Open semifinalist.