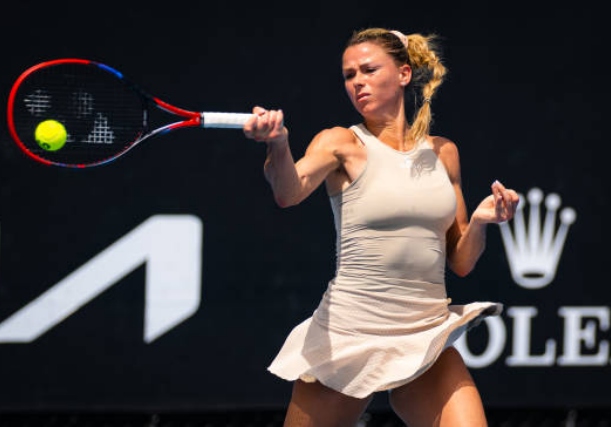 A storm of COVID controversy has swirled around Camila Giorgi this month.

More: Kyrgios Out of Australian Open

Today, Giorgi tried to shed some light on the controversy. Giorgi responded to allegations from her own doctor that she used a fake COVID-19 vaccination card to play tournaments around the world, including the 2022 Grand Slams.

After Giorgi annihilated Anastasia Pavlyuchenkova 6-0, 6-1 in her Australian Open first-round match, she was asked to address charges she competed, while unvaccinated, using fraudulent vaccination card.

Giorgi shot down allegations she competed unvaccinated saying “I did my vaccinations in different places” and said her former doctor is the one facing legal issues.

“I did just once vaccination with her, and the other ones I did with other doctors,” Giorgi told the media in Melbourne. “So I’m fine, and she the one—she’s in trouble with the law in Italy. So after it’s she’s going to see.”

“Camila Giorgi suffered from the so-called tennis elbow. Shortly before the beginning of summer, she had come asking for the possibility of obtaining false [vaccination cards] of all the mandatory vaccines, as well as the Covid vaccine,” Dr. Grillone told Corriere del Veneto.  “I can confirm with absolute certainty that none of the vaccines against the Giorgi family have actually been administered.”

The doctor claims not only did Giorgi scam the system using a false vaccination card, she never paid her for the fake card.

“I have not received any payment in that case,” Dr. Grillone said. “I am deeply upset and sorry for my action.”

Italian media reports Dr. Grillone, who has admitted writing hundreds of false vaccination cards, is cooperating with authorities and that Giorgi is under investigation.

The WTA has issued a statement saying it is monitoring the investigation of the Italian. Giorgi said she would not be competing at the Australian Open if she wasn’t legitimately vaccinated.

“Of course, the doctor has been investigate, and she had troubles in this year with the law a few times,” Giorgi said. “So I did — I just did all my vaccination in different places. So the trouble is hers. Not me. So with that, I’m very…