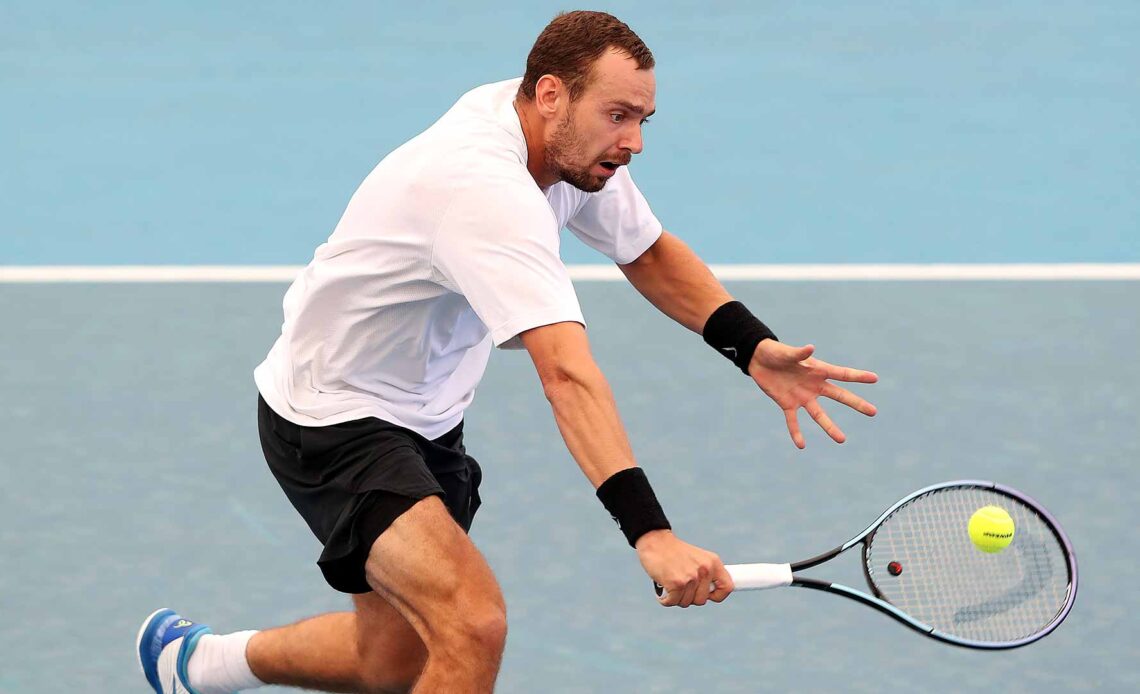 Roman Safiullin remembers his early days playing tennis at a facility with two courts just next to an ice hockey arena. His father, Rishat, was the head coach.

“I was there taking the racquets practising in the small group. Hitting with the wall,” Safiullin told ATPTour.com. “[There were] a lot of times like this.”

Growing up, Safiullin played some football and swam, but spent 80 per cent of his time playing tennis.

“I was happy to play tennis and especially when I grew up. Then school started, so you had to choose one thing,” Safiullin said. “If you go then you go full school or you go tennis. So I chose tennis and I am still here.”

Safiullin began taking tennis seriously from the age of 12, when practice became different. “Since then, I started a kind of professional career already,” he said.

The 25-year-old is No. 97 in the Pepperstone ATP Rankings, nine spots off his career high. He hopes to push higher, starting with his first-round Australian Open match against lucky loser Denis Kudla, who was placed in the draw when Nick Kyrgios withdrew due to injury.

What does Safiullin enjoy doing off the court?

“When I have free time just to go somewhere with my wife. She’s choosing some restaurants or some places where to visit, like now in Melbourne,” Safiullin said. “[During the offseason] we’ve been in Germany and then we flew to Bali for holiday. And then basically from Bali we went back to Europe and started [the] preseason.”

It was the second time they have visited Bali, Indonesia.

“It’s a nice place. That’s why we actually came back and it is very nice,” Safiullin said. “We were lucky with the weather. It was not as hot as we expected and sometimes raining.”

Plenty of eyes will be on Safiullin as he tries to make his mark at the season’s first major. The three-time ATP Challenger Tour titlist wants fans to know he is giving it his all.

“I just would say that I’m trying to be a top professional player,” Safiullin said. “It’s not resulting in my ranking now at the moment, but I’m trying and I’m doing my best to win.”