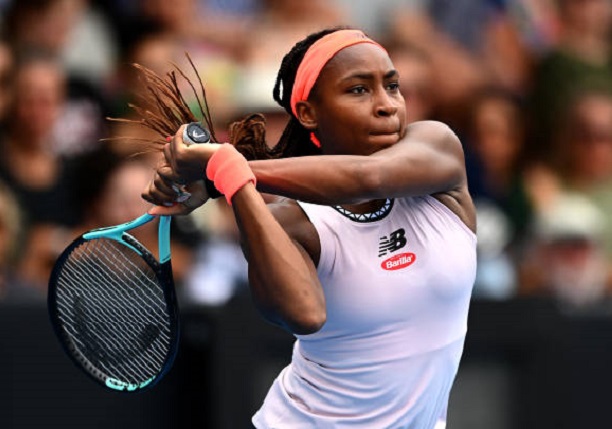 Davenport: Three Women who Can Win Maiden Major in Melbourne

The 18-year-old Gauff spent what she calls “one of the best off-seasons I have had” conducting a tennis transfusion.

One of the fastest women on the WTA aims to transfuse the transition game and net skills she wields so well in doubles to the singles court this season.

In her first WTA tournament as a top seed, Gauff played assertive transition tennis capturing her third career title in Auckland. Gauff roared through five wins without surrendering a set for her first hard-court title since 2019 in her opening-week ASB Classic triumph. Even when Gauff wasn’t finishing points at net, her willingness to step into the court and blast her backhand on the rise was effective.

The tournament was a test case for the dynamic style Gauff aspires to apply in majors and Masters events this year.

“[We worked] a lot of the transition game,” Gauff told the media in her pre-tournament presser. “I know a lot of people mention how many times I went to the net in Auckland. That was a lot we were working on, especially for me who likes to play doubles.

“I was trying to transfer that volleying more into singles, especially with the way I move and hit. Then serving, working on serve placement. Also the forehand, working on that, and returns.”

Gauff’s Australian Open opener should showcase fine front court skills on both sides of the net.

The Roland Garros runner-up will be put to the test by doubles world No. 1 and reigning Australian Open, Wimbledon and US Open doubles champion Katerina Siniakova in a challenging AO opener.

The 48th-ranked Czech has failed to survive the first round in seven of nine AO singles appearances, but partnered Barbora Krejcikova to the 2022 Australian Open doubles title her second straight doubles final down under.

Gauff, who fell in the AO first round to 110th-ranked Qiang Wang last January, is coming off a US Open quarterfinal run and eager to go deep in Melbourne Park. Gauff says she’s focused on a fast first-step to avoid another Melbourne mis-step.

“I think that’s the first part, just getting over the nerves. But I think the main thing is just accepting the circumstances,” Gauff said. “You never know how you’re going to feel in these first couple matches. Especially just the way the weather is, like…