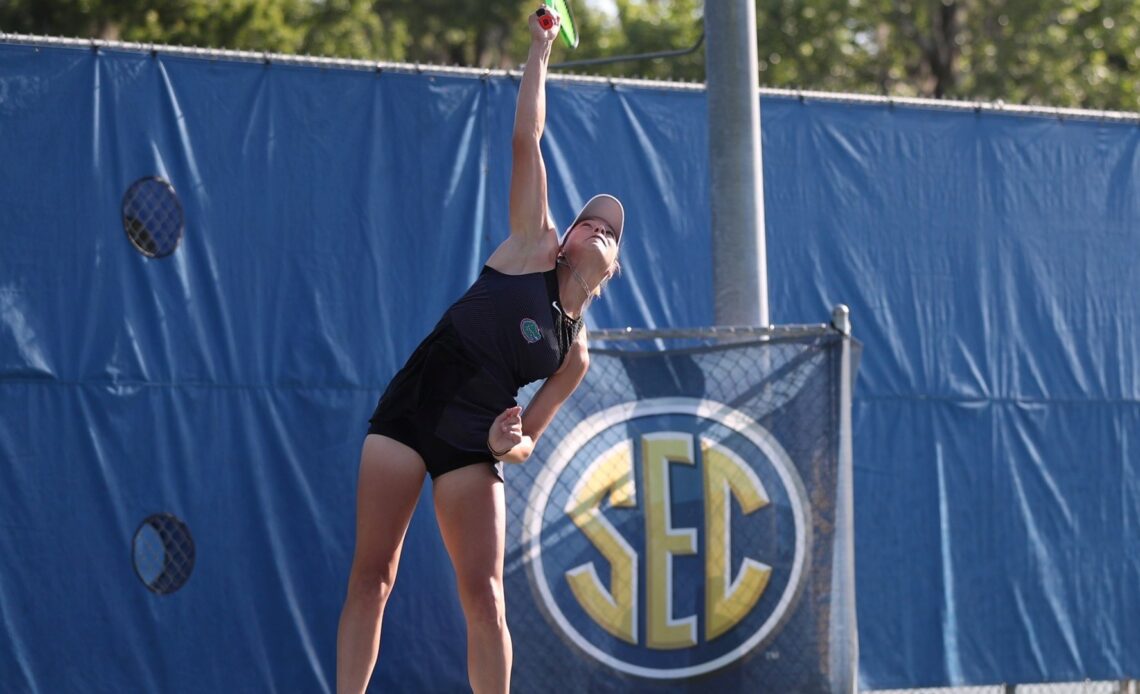 BIRMINGHAM, Ala. – Florida women’s tennis has been slated to finish fifth in the Southeastern Conference after the release of the preseason poll, the SEC announced Wednesday afternoon. Texas A&M was selected as the preseason favorite.

The top half of the league includes Georgia at second with 185 points, Vanderbilt voted third with 165 points, Auburn with 144 points for fourth, Florida at fifth with 128 points, Tennessee with 124 points for sixth and South Carolina with 105 points for seventh.

The bottom half of the conference begins with LSU at eighth with 103 points, Arkansas voted ninth with 90 points, Ole Miss at 10th with 69 points, Alabama voted 11th with 66 points, Mississippi State at 12th with 40 points, Kentucky’s 37 points lands them at 13th and Missouri at 14th with 24 points.

The Gators enter the 2023 season ranked No. 18 in the Intercollegiate Tennis Association’s preseason rankings, welcoming back six athletes from last season’s NCAA Super Regional team. This fall, the Gators captured 34 singles victories, led by a 9-1 effort from Emily De Oliveira and a 6-1 mark from Alicia Dudeney. Carly Briggs and Dudeney were the top doubles tandem, earning a 3-1 record during the fall campaign.

During the 2022 season the Gators recorded their best year since 2017, collecting 21 wins and earning a spot in the Super Regional, marking their deepest run in the NCAA Tournament since winning the national championship in 2017.

Four-time national champion head coach Roland Thornqvist begins his 22nd season on the court for Florida on Friday, Jan. 13 when the Gators compete at the Freeman Memorial in Las Vegas.