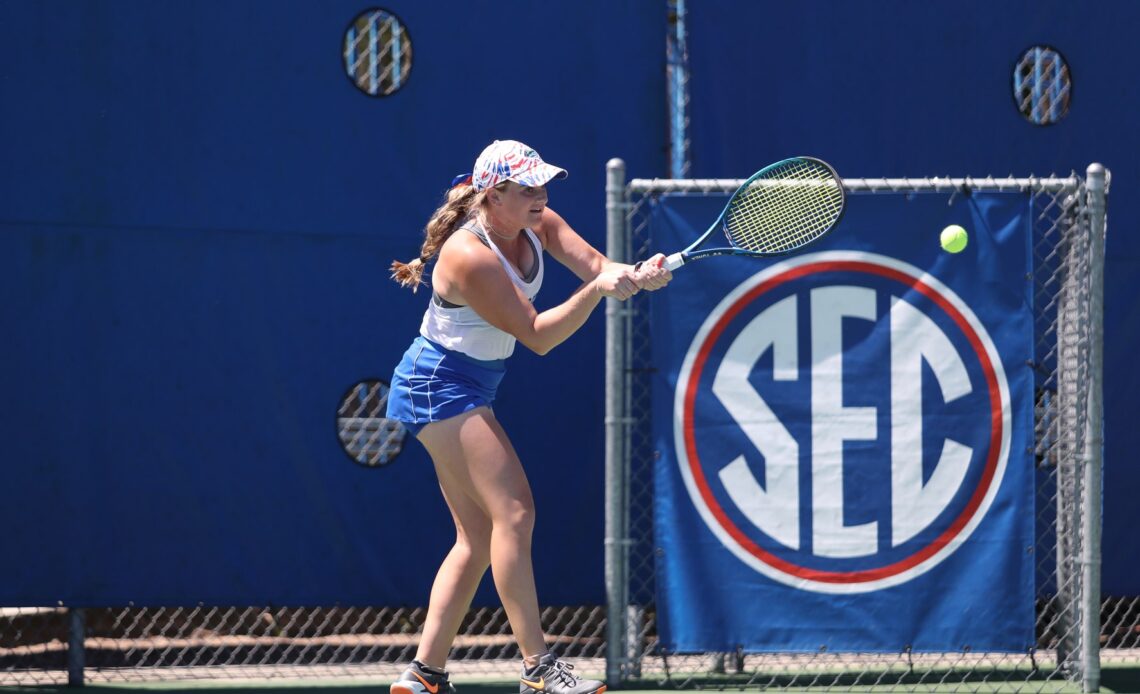 TAMPA, Fla. – Florida women’s tennis will open the 2023 dual match season on Sunday afternoon when they head to Tampa, Fla., to matchup against South Florida at 1:30 p.m. ET.

THE SERIES
Sunday’s matchup between the Gators and Bulls will mark the 57th meeting between the squads, with Florida holding a 55-1 series lead. In Tampa, the Gators are 22-1 all-time, falling only on April 1, 1986, 5-3. Since that meeting, Florida has won 37-consecutive matches against USF, most recently defeating the Bulls, 7-0, on Jan. 24, 2022.

WELCOME HOME
Jeremy Bayon was named the women’s tennis assistant coach on Friday, Jan. 20, by head coach Roland Thornqvist. Bayon returns to Gainesville after previously serving as an assistant for the Florida men’s squad from 2003-2012. During his stint in Gainesville, he helped the Gators to a Final Four appearance in 2005, as well as winning the SEC tournament championships in 2005 and 2011. The Gators were ranked in the top-10 nationally in eight of his nine seasons with the Orange & Blue. He assisted in producing 15 All-Americans and three SEC Players of the Year. He most recently served as the head coach for the Georgia Southern men’s tennis squad.

FREEMAN MEMORIAL TITLES
Sara Dahlstrom captured a singles title at the Freeman Memorial Championship to help lead the Gators in Las Vegas. The junior found herself matched-up with Oklahoma State’s Ayumi Miyamoto in the championship match of the Aria Draw and opened with a strong 6-4 set. Miyamoto responded with a 6-2 second set, but Dahlstrom put her foot on the pedal to pull away in the final frame, 6-4, to secure the draw title.

Dahlstrom wasn’t the only Gator to earn a crown, however, as the doubles tandem of Carly Briggs and Alicia Dudeney earned co-champion honors in the Luxor draw of the event. The pair was able to dominate their match against Kristina Novak and Alana Wolfberg of Oklahoma State, 6-1, for the victory.