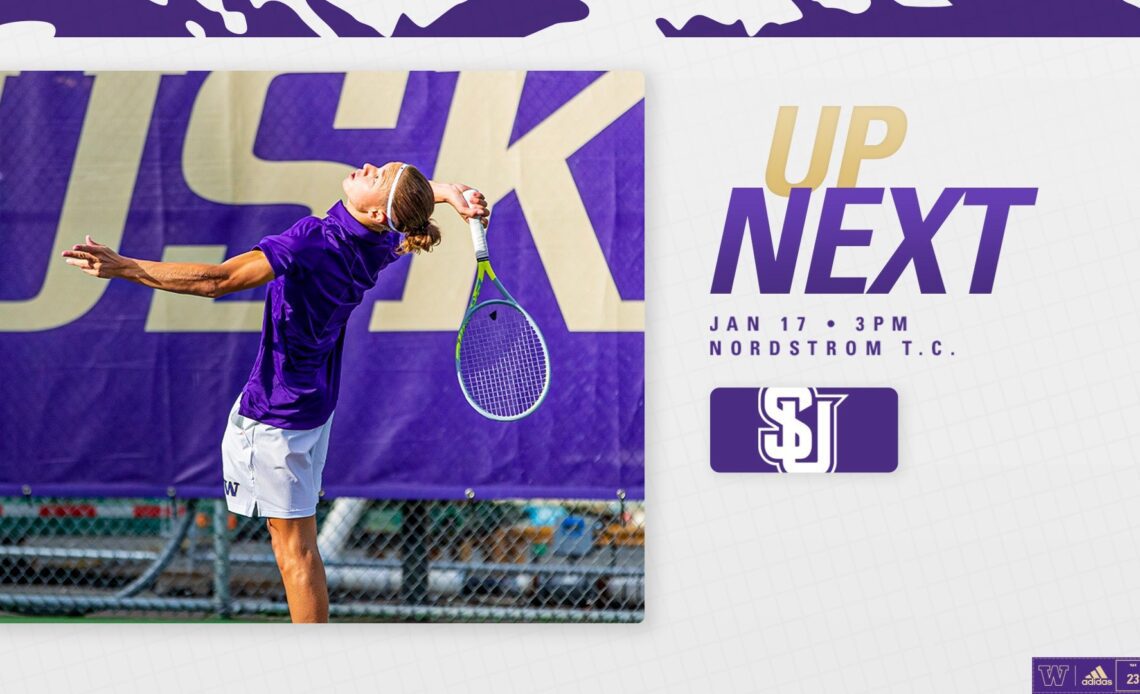 THIS WEEK IN HUSKY MEN’S TENNIS

Washington Men’s Tennis opens up its 2023 dual match season tomorrow, Jan. 17, at home against crosstown rival Seattle U. First serve in the Nordstrom Tennis Center is set for 3 p.m.

It will be the first time since 1994 that the Dawgs are led onto the court by anyone other than Matt Anger, as the longtime coach stepped down last spring, paving the way for Rahim Esmail to take the lead. Esmail has plenty of head coaching experience in his own right, having led the Samford program for a decade before coming to Seattle as Anger’s Associate Head Coach for 2022.

Esmail, along with Assistant Coach and former Husky standout Mitch Stewart, lead one of the youngest Husky teams, eager to create a culture of growth and hard work. There are no seniors on the 2023 Huskies, and just two juniors, one of whom, Jim Hendrikx, is new to the roster at the start of winter quarter. Seven of the nine Dawgs are either sophomores, redshirt freshmen, or true freshmen.

But with that youth comes an eagerness to prove themselves. Coach Esmail talked about what he’s looking forward to from this opening week and what he wants his first UW team to establish.

On the consistent focus for the team in practice leading up to the first matches: Our message throughout the fall has been to grow as a team and bring positive energy to the courts every day. And our goal is to get better every single day we’re out there. We’re a very young team, different leadership qualities are being asked of guys that they might not have had to use in the past, but new and different qualities are being developed. The message day-in and day-out is what kind of environment do you want to practice in every day, and trying to cultivate that and bring that energy with each other. We really try to make sure every day the level is consistent and therefore we can get better from there.

On what Jim Hendrikx’s addition brings to the team: Jim’s been a great addition and brings some experience and a quality work ethic and a willingness to learn and get better. He really wants to improve his game, a quality that has the potential to circulate throughout a team. We have other guys that have similar qualities but Jim being the new guy…