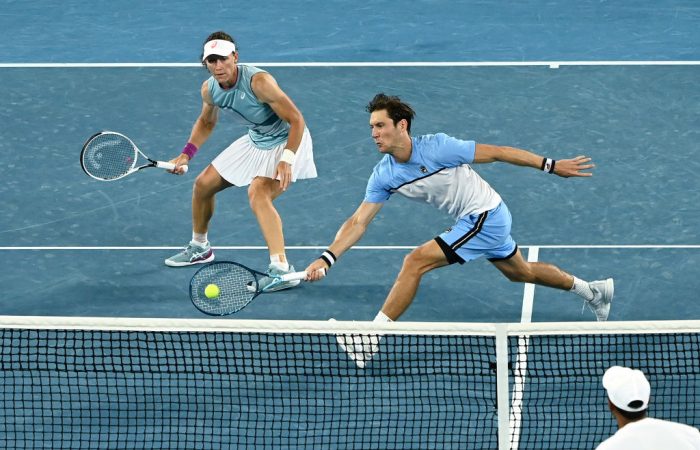 Reigning US Open champions Storm Hunter and John Peers have been handed a tough draw, pitted against the No.3 seeds and two-time Wimbledon champions Desirae Krawczyk and Neal Skupski in the opening round.

The retiring Sam Stosur is partnering fellow Aussie Matt Ebden. The AO 2021 finalists face the fifth seeds, world No.18 Demi Schuurs and world No.8 Nikola Mektic in the first round.

All-Australian teams have performed strongly in recent history, with three wildcard pairings reaching the final in three of the past four years.

Astra Sharma and John-Patrick Smith were finalists in 2019, Stosur and Ebden finished runners-up in 2021, while Jaimee Fourlis and Jason Kubler memorably saved multiple match points during their march to the 2022 final.

The last all-Australian team to win an Australian Open mixed doubles title was Jarmila Wolfe (nee Gajdosova) and Ebden in 2013.