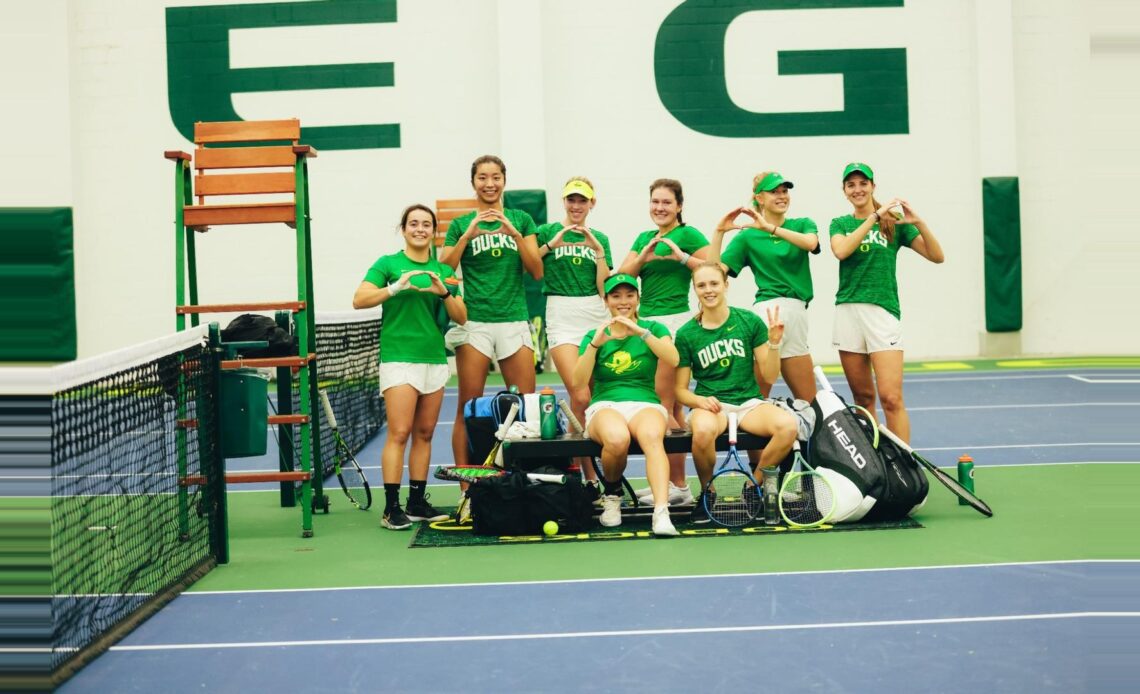 EUGENE, Ore. – The 2023 Oregon women’s tennis season gets underway Friday, as the Ducks host a pair of matches over the weekend against Portland State (3 p.m., Friday) and Seattle U (11 a.m., Sunday) at the Student Tennis Center.

UO earned its ninth postseason appearance in 2022 and first since the 2018 season, finishing with a No. 38 national ranking in the Intercollegiate Tennis Association (ITA) poll.

Oregon boasted a 15-9 record (5-5 Pac-12) a season ago, its highest winning percentage since the 2005 season. Head coach Courtney Nagle enters her fifth season at Oregon and owns a 43-39 career dual record.

The two matches mark the Ducks’ only home contests in the month of January before hitting the road for the ITA Kickoff Weekend at No. 13 Oklahoma State Jan. 28-29.

All home matches are open to the public and take place at the Student Tennis Center on the UO campus. Follow Oregon women’s tennis on Twitter @OregonWTennis with live results are available at Oregon.statbroadcast.com.