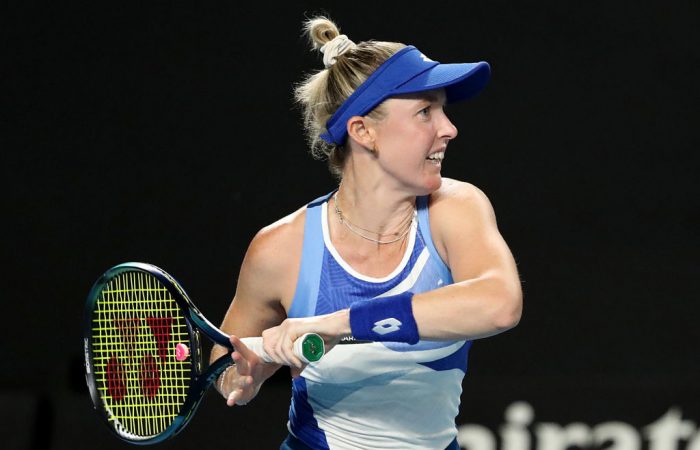 Six Australian players won Grand Slam doubles titles during 2022, triple that of any other nation.

Four of these major champions – Storm Hunter, John Peers, Matt Ebden and Max Purcell – are in action on day five at Australian Open 2023.

The 28-year-old Hunter, who claimed the US Open 2022 mixed doubles title alongside Peers and achieved a career-high ranking of world No.8 last year, believes this recent doubles success is inspiring all Aussie players to greater heights.

A total of 20 Australian players are chasing Grand Slam glory as the doubles competitions continue at Melbourne Park on day five.

Max Purcell (AUS)/Jordan Thompson (AUS) v Guillermo Duran (ARG)/Philipp Oswald (AUT)
Men’s doubles, first round, John Cain Arena, first match (from 11am AEDT)
Purcell and Thompson teamed up for the first time during the Davis Cup Finals in November, winning a crucial rubber to steer Australia into a first final in 19 years. The Sydney-based athletes are reuniting this week and face world No.72 Duran and world No.69 Oswald in the opening round. The 24-year-old Purcell, ranked No.33, is a two-time Australian Open doubles finalist and the reigning Wimbledon champion.

[9] Ellen Perez (AUS)/Nicole Melichar-Martinez (USA) v Ekaterina Alexandrova/Vivian Heisen (GER)
Women’s doubles, first round, Kia Arena, first match (from 11am AEDT)
This is the 27-year-old Perez’s eighth Australian Open campaign. The world No.20 and her American partner, world No.19 Melichar-Martinez, proved they are major contenders with a semifinal run at last year’s US Open. The ninth seeds also made four finals together in a strong finish to the season. They face world No.70 Alexandrova and world No.101 Heisen.

[4] Storm Hunter (AUS)/Elise Mertens (BEL) v Veronika Kudermetova/Liudmila Samsonova
Women’s doubles, first round, John Cain Arena, second match
Hunter, Australia’s top-ranked woman at world No.12, is teaming up with world No.5 Mertens. They have been handed a tough draw, meeting world No.3 Kudermetova and her new partner, Samsonova. Mertens and Kudermetova were one of the world’s best teams in 2022, winning the WTA Finals and reaching five finals together. This is…