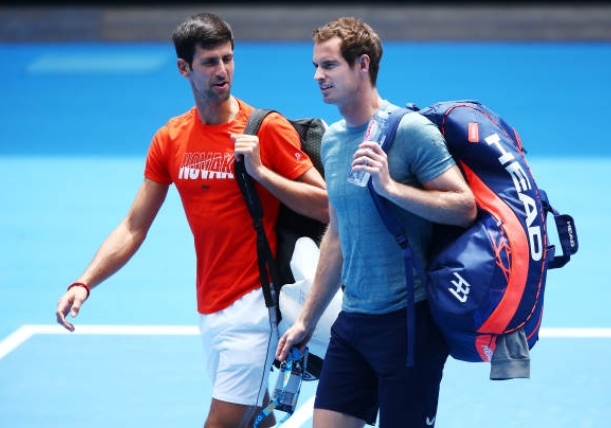 Andy Murray and Novak Djokovic were born one week apart and are bonded by Big 4 history.

The 35-year-old Murray said he initially got only three hours sleep after that match because he had to return to the tournament the same morning to have “about seven or eight blisters that I had to have drained.”

Former world No. 1 Murray fought valiantly, but was bounced from the Australian Open third round by Spanish nemesis Roberto Bautista Agut in four sets.

Afterward, Murray said early morning finishes are not only a buzz-kill for players and they aren’t healthy for ball kids, officials or fans either.

“I’m sure if you went and spoke to some sleep experts and sports scientists, et cetera, the people that actually really know what’s important for athletes to recover, they would tell you that sleep is the number one thing, that that’s the most important thing,” Murray said. “Finishing matches at 4 in the morning isn’t good for the players. I would also argue it’s not good for the sport, anyone involved in it. I do think there’s some quite simple things that can be done to change that.”

Five-time AO finalist Murray asserts shortening the stadium day-match schedule means those matches won’t spill over into the night session and starting the night session earlier would reduce the prospect of players pulling an all-nighter on court.

“I think the US Open went to playing two matches in the day session. That would stop the day matches running into the night session starting too late,” Murray told the media in Melbourne. “I think that’s quite a simple one that you could look at. You’d still get quality matches during the day.

“The people who bought ground passes would get to see more of the top players, which would be excellent for them. I think if you did that, you could also potentially bring the night sessions slightly earlier, as well, like 6:00 or…