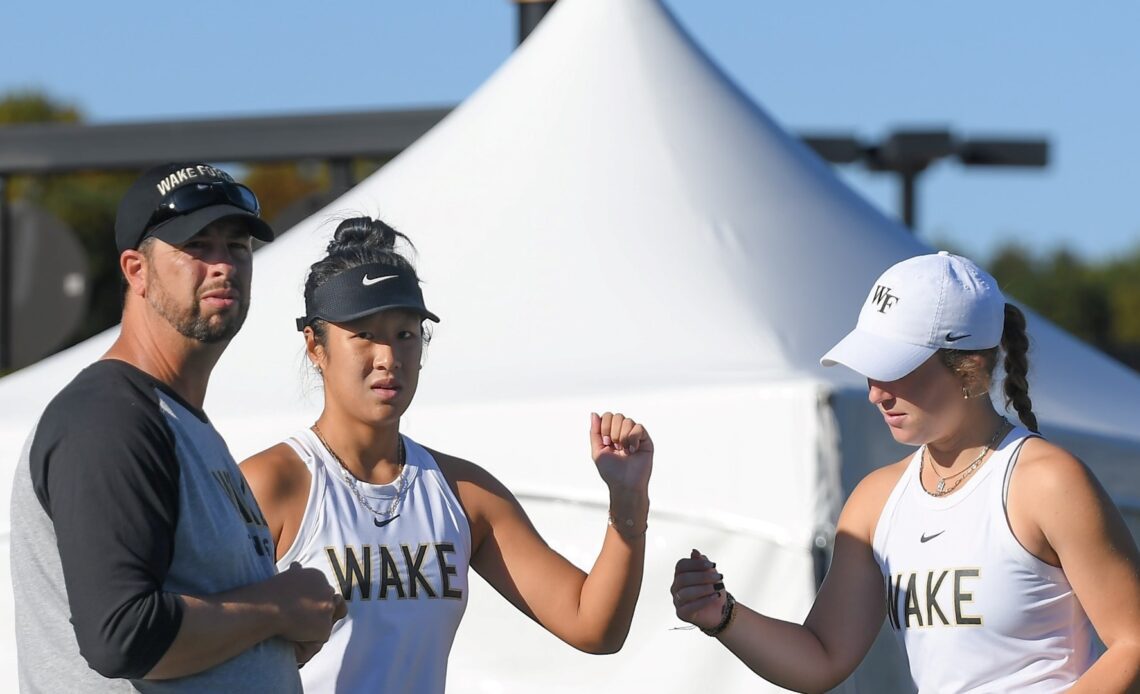 The Demon Deacons are one of four teams welcomed into the event, joining a field that includes athletes representing Georgia Tech, Wisconsin, and the host Gamecocks.

Tournament play will feature a round-robin, hidden duals style of action. Following the conclusion of the Carolina Kickoff, Wake Forest heads into dual competition for the ensuing weeks.

This past fall, the Deacs participated in five events, securing title wins at the Intercollegiate Tennis Association (ITA) Carolina Regionals and sending a nationally-ranked doubles pair of Anna Brylin/Brooke Killingsworth to ITA Fall Nationals for the second straight year.

Anna Brylin brings a wealth of experience to the roster as a fifth-year player who has been a standout contributor over the years. Acting as a team captain in 2022, the New Jersey native tied for the team lead in singles victories (16) while making 27 appearances en route to landing All-ACC Third Team honors. Twelve of Brylin’s season wins occurred in straight sets.

In doubles, Brylin teamed up with Brooke Killingsworth to form an exceptional duo, ranking as one of the top pairs across the country. The two enter the 2023 season ranked as the No. 12 tandem in ITA doubles. Last spring, Brylin/Killingsworth upped their ranking to as high as No. 2, tallying a 15-6 overall record and taking down five ranked foes. The Deacon duo ultimately made their way into the 2022 NCAA Singles and Doubles Championships and received ITA All-American recognition – the fifth all-time Wake Forest doubles team to notch such honors.

Killingsworth also stood out individually during her sophomore year, finishing with 13 singles victories, which stood second-most on the team. She will look to take another major…