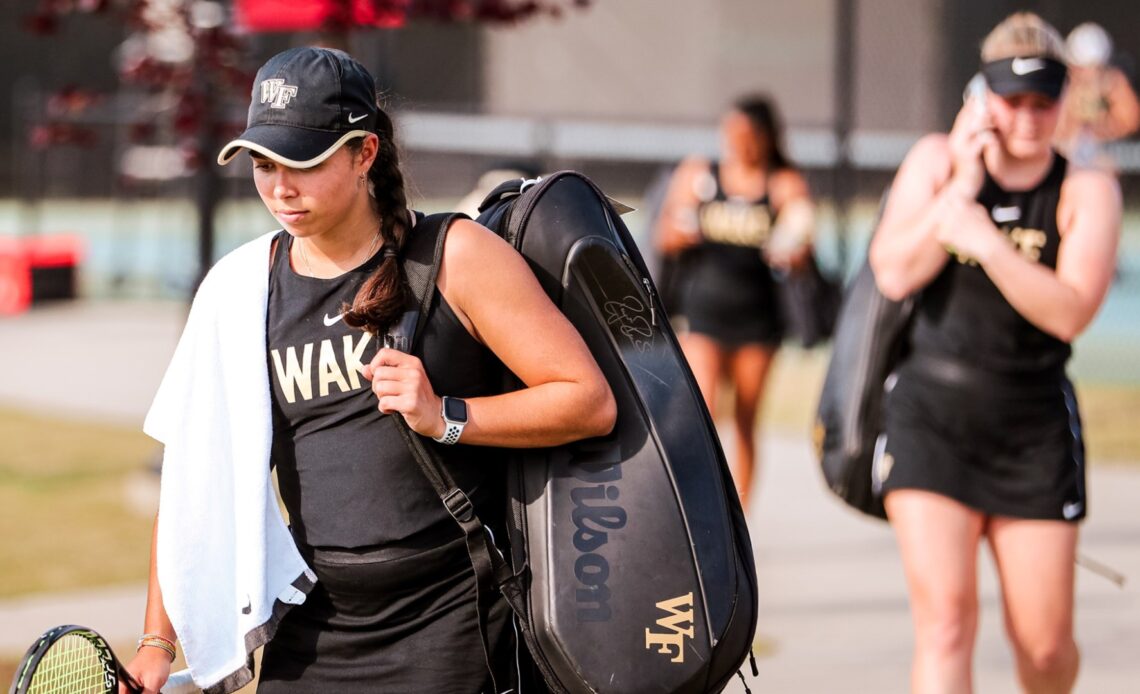 
WINSTON-SALEM, N.C. – Wake Forest women’s tennis steps back into fall competition this weekend, partaking in the annual Intercollegiate Tennis Association (ITA) All-American Championships. The Demon Deacons will head to the nearby town of Cary for the week-long event (Oct. 1-9).

This year’s ITA All-American Championships will include the women’s competition being hosted by North Carolina, NC State, and Duke at the Cary Tennis Park for the first time ever.

Pre-qualifying action is set for Saturday, while qualifying play will run from Oct. 3-4, and main draw play from Oct. 5-9.

On the first day of play, junior Casie Wooten started her weekend with a notable performance in taking down No. 5 Chloe Beck of Duke in a three-set singles showing. It was the highest ranked win of Wooten’s collegiate career.

Anna Brylin followed in similar fashion, knocking off No. 70 Iuliia Bryzgalova of Duke and No. 76 Anessa Lee of Vanderbilt in her first two rounds before making a Singles F3 championship appearance on Sunday.

In their first collegiate matches, Nevena Carton and Jingyi Li each picked up a solo win.

About a Year Ago …

Participating in this same event in 2021, the Deacs had two of their own achieve a major, first-ever feat in program history, as Anna Brylin and Brooke Killingsworth captured the 2021 ITA All-American Doubles Championship in Mount Pleasant, South Carolina on Oct. 10, 2021.

Brylin and Killingsworth, who entered the week’s action ranked No. 8 nationally, notched the title after storming back from a 5-2 second set deficit to defeat Old Dominion’s No. 57 pairing of Yuliia Starodubtseva and Tatsiana Sasnouskaya (2-6, 7-6(6), 10-3)).

Wake Forest is back in Winston-Salem next to host on its own grounds for the first and only time this fall season, as the Deacs will handle the ITA Carolina Regional Championships (Oct. 13-17). This year will mark the third consecutive fall in which Wake Forest has…