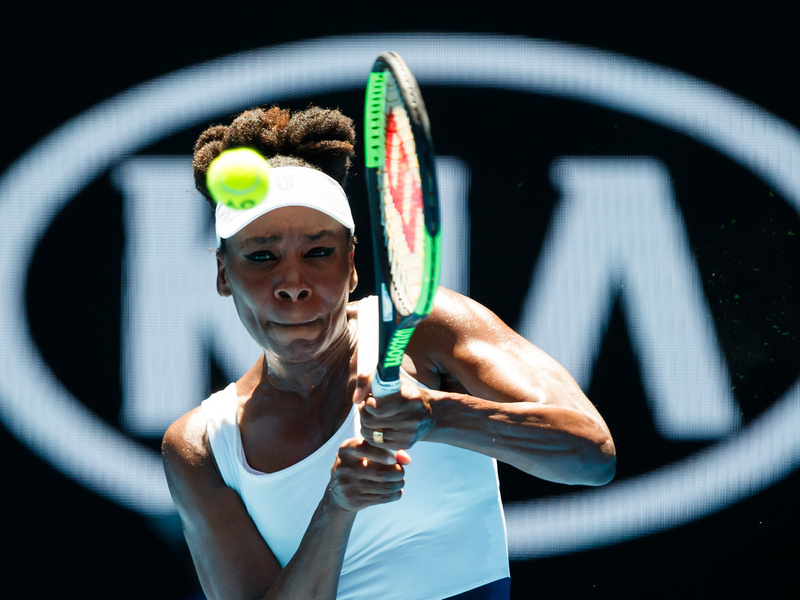 The 42-year-old Williams defeated compatriot Katie Volynets 7-6(4), 6-2 for her first Tour-level win in more than a year at the ASB Classic in Auckland last week. Williams suffered an injury in her second-round Auckland loss to Lin Zhu that forced her to withdraw from next week’s Australian Open.

Hall of Famer Davenport forged a phenomenal rivalry with Venus Williams winning 14 of their 27 encounters though Williams prevailed in five of their nine major meetings, including winning their classic 2005 Wimbledon final 4-6, 7-6(4), 9-7.

In a Tennis Channel conference call with the media today to promote TC’s Australian Open coverage, which starts on Sunday at 5 p.m. Eastern time with TC Live, we asked Davenport to assess Williams’ future.

Former world No. 1 Davenport believes if healthy Williams will aim to play a very limited schedule in her 30th WTA season focusing on the majors.

“I am continually amazed and impressed that I believe at 42 she still is out there giving it her all and doing her best,” Davenport told Tennis Now of Venus. “I think we’ll see her for a handful of tournaments this year. I don’t think that anyone could expect her to play obviously a full schedule or anywhere near that. She’s dealt with a lot of injuries, a lot of health issues over the years.

“But her attitude is remarkable, and her fighting spirit, you always see it on the court, even if things are not going her way.”

Four-time Olympic gold-medal champion Venus typically is not too revealing about her future plans or injury status. Davenport believes Williams wants to play the US Open again and suggests when the time comes for Venus to close the curtain on her brilliant career it may be a much different closure than sister Serena Williams experienced at the US Open last summer.

While Serena Williams announced in a Vogue Magazine essay her intention to “evolve away” from the sport before the 2022 US Open, Davenport believes Venus may take a more stealth exit strategy and not actually announce her final match until after she’s already played it.

“It’s hard to know because Venus doesn’t really give up a whole lot in terms of what her own plans are,” Davenport…