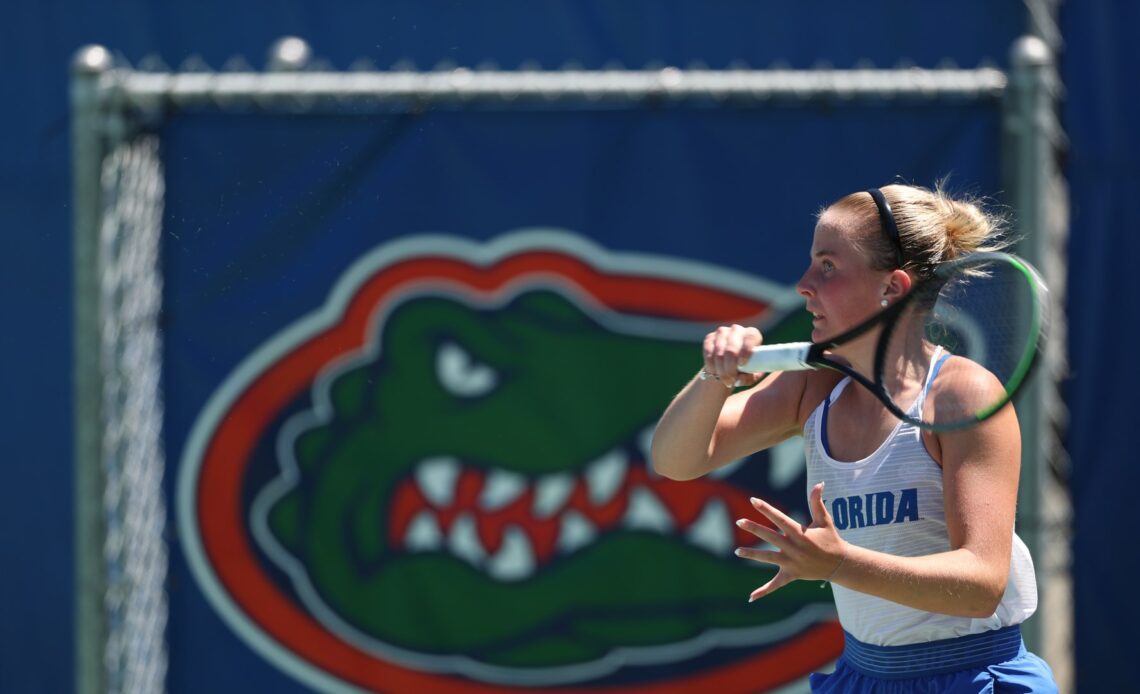 LAS VEGAS – Sara Dahlstrom claimed a singles title for the Gators at the 2023 Freeman Memorial on Sunday to headline six victories for Florida women’s tennis.

The junior found herself matched-up with Oklahoma State’s Ayumi Miyamoto in the championship match of the Aria Draw and opened with a strong 6-4 set. Miyamoto responded with a 6-2 second set, but Dahlstrom put her foot on the pedal to pull away in the final frame, 6-4, to secure the draw title.

Dahlstrom wasn’t the only Gator to earn a crown, however, as the doubles tandem of Carly Briggs and Alicia Dudeney earned co-champion honors in the Luxor draw of the event. The pair was able to dominate their match against Kristina Novak and Alana Wolfberg of Oklahoma State, 6-1, for the victory. Emma Shelton and Sophie Williams also picked-up a victory as a pair, defeating Stanford’s Alexis Blokhina and Ana Geller in a thriller, 7-6, to end the event with a victory.

Elsewhere in singles, freshman Sophie Williams put on an impressive performance in earning her first ranked-win of the season. Williams began with a 6-3 opening-set victory over No. 121 Raquel Gonzalez of Oklahoma State before the Cowgirl responded with a 7-5 set of her own. Needing a strong finale, Williams delivered a 6-4 third frame for her winner.

Fellow freshman Rachel Gailis concluded her tournament with a victory as well, overtaking Cindy Hu of host school UNLV in dominant fashion, 6-1, 6-0 for her first singles victory of the spring. Briggs secured a ranked-win for the Gators in a shortened contest, defeating No. 44 Blokhina (Stanford), 6-5, before the Cardinal retired due to injury.

The conclusion of the 2023 Freeman Memorial, which saw five ranked-victories for the Gators, marks the end of individual tournament play, as the focus now shifts to a dual match against South Florida on Sunday, Jan. 22 in Tampa.