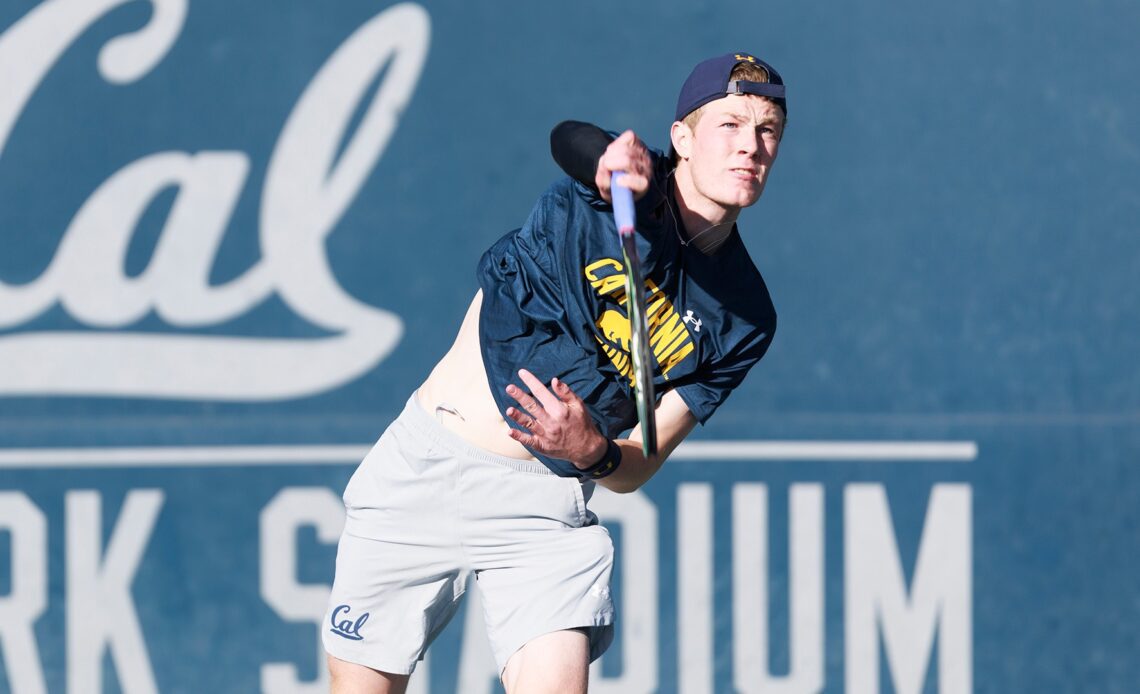 Carl Emil Overbeck led the Bears to a convincing victory over the Gaels.


BERKELEY – Carl Emil Overbeck won a three-setter at court-one singles to clinch the Cal men’s tennis team’s 7-0 rout of Saint Mary’s on Tuesday at the Hellman Tennis Complex. The 6-3 sophomore from Denmark defeated the 6-9 Gael from New Zealand, 6-2, 1-6, 6-3, to hand a 4-0 lead to the Golden Bears, who went on to sweep the remaining three matches.

The Bears improved to 1-1 with the nonconference result, while the Gaels fell to 0-2.

Overbeck also paired with Siddhant Banthia to clinch the doubles point, with the duo beating Watt and Mathis Moysan, 6-3, on court one. The Bears swept doubles, as they got wins from the court-three team of Philip Hjorth and Alex Chang and the court-two twosome of Lucas Magnaudet and Ryder Jackson.

In singles, Chang increased the lead to 2-0 when he knocked off Pierre Lieutaud, 6-0, 6-3, on court six, and Banthia made it 3-0 with his 6-4, 6-3, triumph over Moysan on court two, before Overbeck decided the victory. Derrick Chen, Hjorth and Magnaudet all won in straight sets to wrap up the day for the Bears.

“We tested pretty much our entire lineup,” said Kris Kwinta, Cal’s Peter Wright Director of Men’s Tennis. “It was good to see some of the guys we haven’t been able to see play as much. Everybody stepped up and really took their opportunities. Maybe in the beginning they were a little nervous, and you expect that as a coach in one of the first matches, especially at home in front of the crowd. But once we settled in, I thought we were doing the right things, executing the right way. I thought we closed out the matches pretty well. I’m happy with the way we played and competed today.”

Cal next hosts No. 12 Stanford in the Big Slam on Friday at 1 p.m. at Hellman.