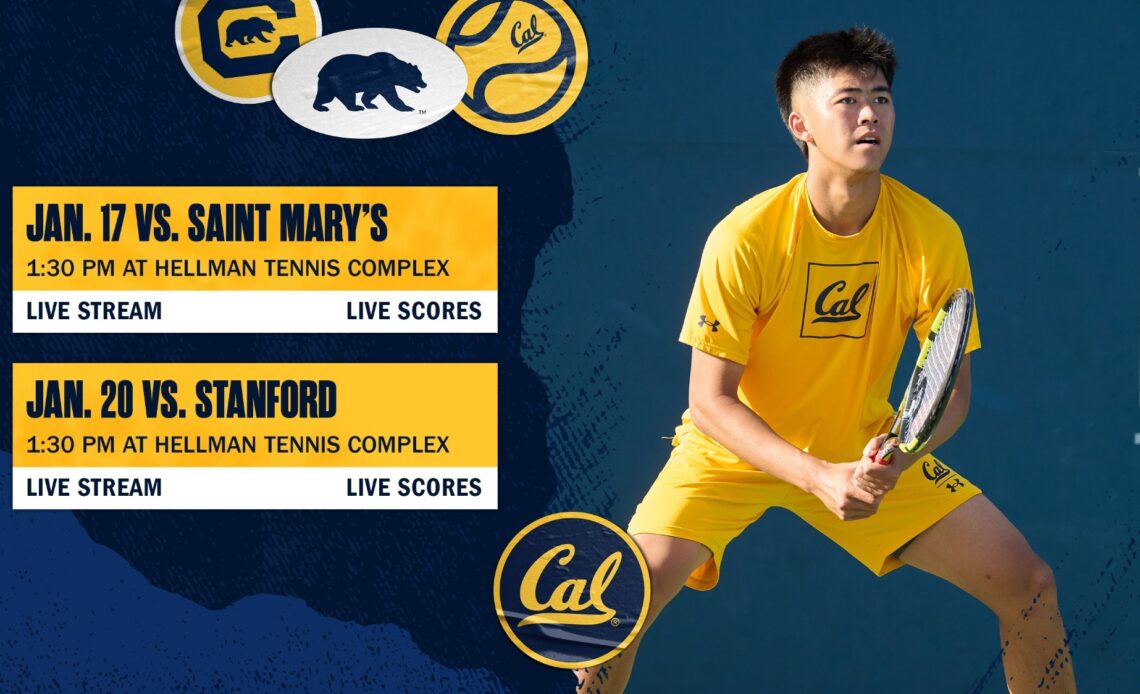 Derrick Chen and the Bears make their 2023 home debut on Tuesday.

Admission is free for regular-season home tennis at Hellman. Fans can watch home matches through the Hellman live stream by clicking here and can also keep track of the Bears on the team’s Twitter @CalMensTennis.

Bears Opened 2023 In Hawaii
Cal started the New Year in Honolulu, where the Bears got off to a good start against No. 16 Florida State on Jan. 8. They won the doubles point against FSU, with Ryder Jackson and Lucas Magnaudet beating Maks Silagy and Joshua Dous-Karpenschif, 6-3, on court two to clinch the 1-0 lead. But, despite a singles victory by Yuta Kikuchi – who beat Loris Pourroy, 6-1, 7-5, at court-two singles – Cal wound up falling, 5-2.

Poll Position
In the latest ITA individual rankings, Ryder Jackson (12-6 record) is ranked 52nd in singles, while the duo of Yuta Kikuchi and Carl Emil Overbeck (4-0) is ranked 27th.

Recap Of The First Half Of The Season
The second-year Cal coaching staff of Kris Kwinta – the Peter Wright Director of Men’s Tennis – and assistant coach Francis Sargeant led the Bears to a strong start to the 2022-23 season.

Yuta Kikuchi also had an impressive fall, which included the veteran capturing his first professional title. He defeated Oklahoma’s Alex Martinez, 7-5, 6-4, in the final of the Norman Open, a 15K tournament on the USTA Pro Circuit. Kikuchi partnered with Cal’s Siddhant Banthia to reach the doubles semifinals in Norman. In…