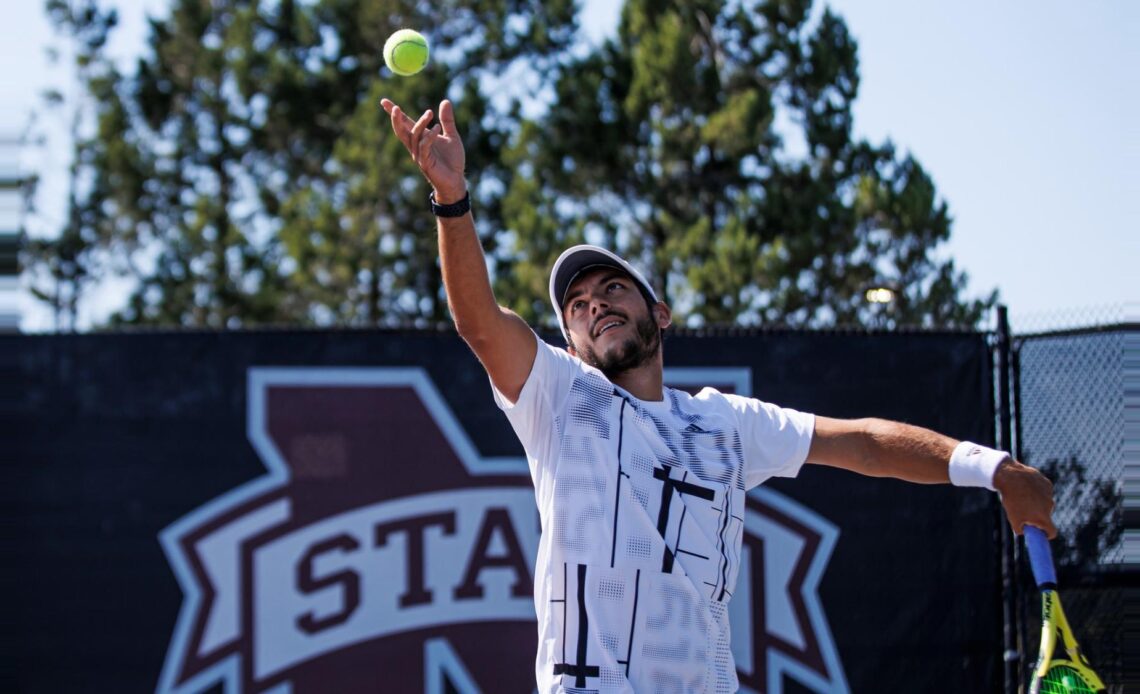 
STARKVILLE – The Mississippi State men’s tennis team is hoping to add two more wins to the pair of victories they earned on opening weekend.

The Bulldogs are hosting a doubleheader against Middle Tennessee State and Tennessee State on Sunday. MSU is set to face the Blue Raiders at noon followed by a 4 p.m. match against the Tigers to close out the day.

The Bulldogs and Blue Raiders are two of the three teams in the “receiving votes” category just outside the latest ITA Top 25. Mississippi State has won the last four meetings against MTSU and lead the overall series 19-2 and 16-1 in Starkville.

Malesevic and Hernandez are the nation’s No. 42 doubles tandem and have won seven of their last nine matches. The Bulldog junior duo downed South Alabama’s 16th-ranked team of Jack Clements and Louis Delcour 6-3 during their last match on Monday.

Malesevic also earned a singles victory over No. 123 Sebastien Collard as Mississippi State blanked the Jaguars, 7-0.

No. 107 Petar Jovanovic enters Sunday’s outing riding a five-match winning streak dating back to the fall.

Ramskogler, who picked up the Bulldogs’ lone doubles win against Middle Tennessee last year, has 53 career doubles match victories and needs one more to match Kristian Broems (1993-96) and Nuno Borges (2016-19) for the fourth-most in school history.

Middle Tennessee State is also 2-0 on the year with wins over Michigan State (6-1) and Indiana (4-1) in Murfreesboro the past two Fridays.

Tennessee State is 1-2 on the year after dropping a pair of 7-0 matches at Ole Miss on Saturday. The Tigers’ lone win was a 4-3 victory against Jacksonville State in Nashville, Tennessee last Sunday as part of the…