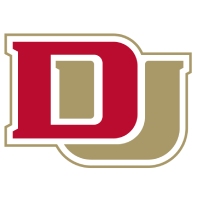 USAFA, Colo.—The Colorado Buffaloes Tennis team improved to 2-0 on the young spring season, traveling south down I-25 to the Air Force Academy where they defeated the Falcons 5-2 Sunday evening here at the Cadet West Gymnasium.

After going behind 1-0 in doubles action, the Buffs dominated the singles action, winning at spots Nos. 1-5 to earn the victory and improve to 2-0 for the first time since the 2019-20 season.

“I’m proud of the way we competed and I thought we did a really good job responding in singles after dropping the doubles point,” CU coach Anthony Pham said. “Air Force always plays good doubles, so hats off to them.  We did a great job responding and engaging for four sets.  It’s always tricky playing here.”

The Buffs improve to 21-3 all-time against Air Force and have won three straight, including two straight at the Academy where the Buffs improved to 12-2 all-time.