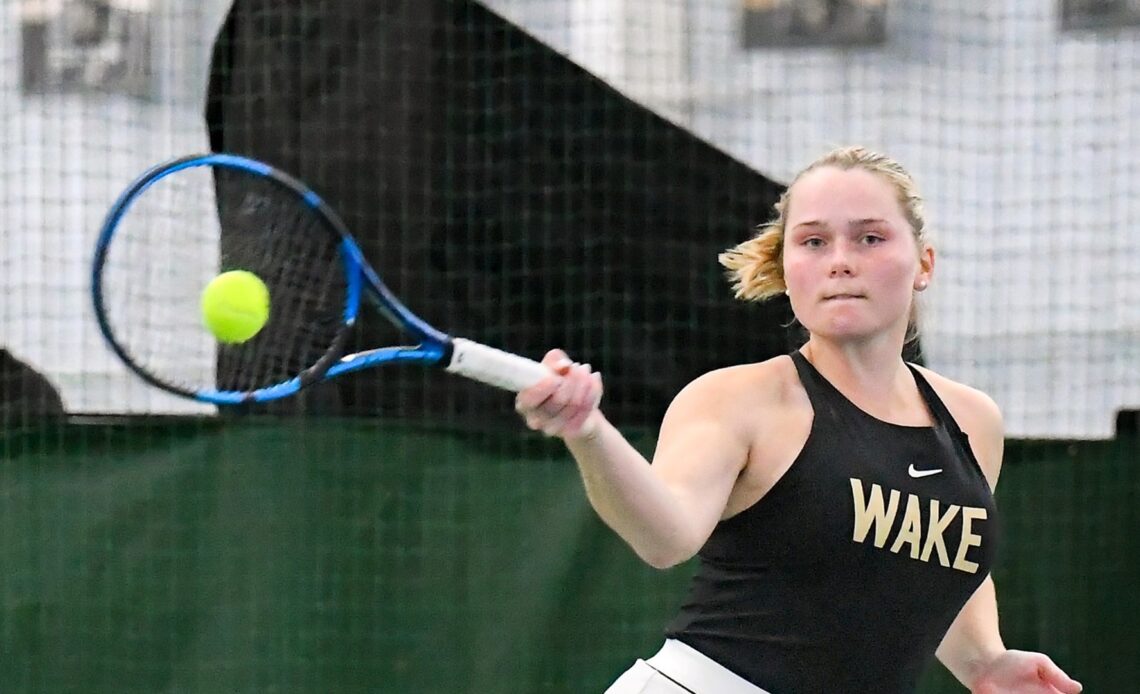 This is Brylin’s second consecutive nod as a captain.

“I am very happy for Anna having been chosen by her teammates,” said Coach Wyshner. “She has always been a great member of this team and definitely embodies the characteristics of leadership and being a great teammate that this year’s team has chosen to make a point of emphasis.”

The most experienced member on the Demon Deacons’ roster, Brylin is in her fifth season with the program and has been a standout contributor over the years. A year ago, the Short Hills, New Jersey, native tied for the team lead in singles victories (16) while making 27 spring appearances en route to landing a spot on the All-Atlantic Coast Conference (ACC) Third Team. Brylin started the 2022 spring in an exceptional manner, taking nine of her first ten solo matches. Twelve of her season wins occurred in straight sets.

Having teamed with junior Brooke Killingsworth in doubles since August 2020, Brylin and her partner rank as one of the top tandems in the country, currently standing at No. 12 in the Intercollegiate Tennis Association (ITA) rankings. This past fall, the two won the A1 Doubles title in Wake Forest’s hosted ITA Carolina Regionals, ultimately securing a berth to the ITA Fall Nationals for the second year in a row. Last spring, Brylin/Killingsworth upped their ranking to as high as No. 2, tallying a 15-6 overall record and taking down five ranked foes. The Deacon duo ultimately made their way into the 2022 NCAA Singles and Doubles Championships and received ITA All-American recognition, becoming the fifth all-time Wake Forest doubles team to notch such honors. Prior to the Deacs’ home opener versus Charlotte this past weekend (Jan. 22), Brylin and Killingsworth had their All-American banners unveiled in the university’s Indoor Tennis Center.

Wake Forest is set to partake in the annual ITA Kick-Off Weekend later this week, first competing against Tennessee on Friday (Jan. 27) at 1 p.m. ET.