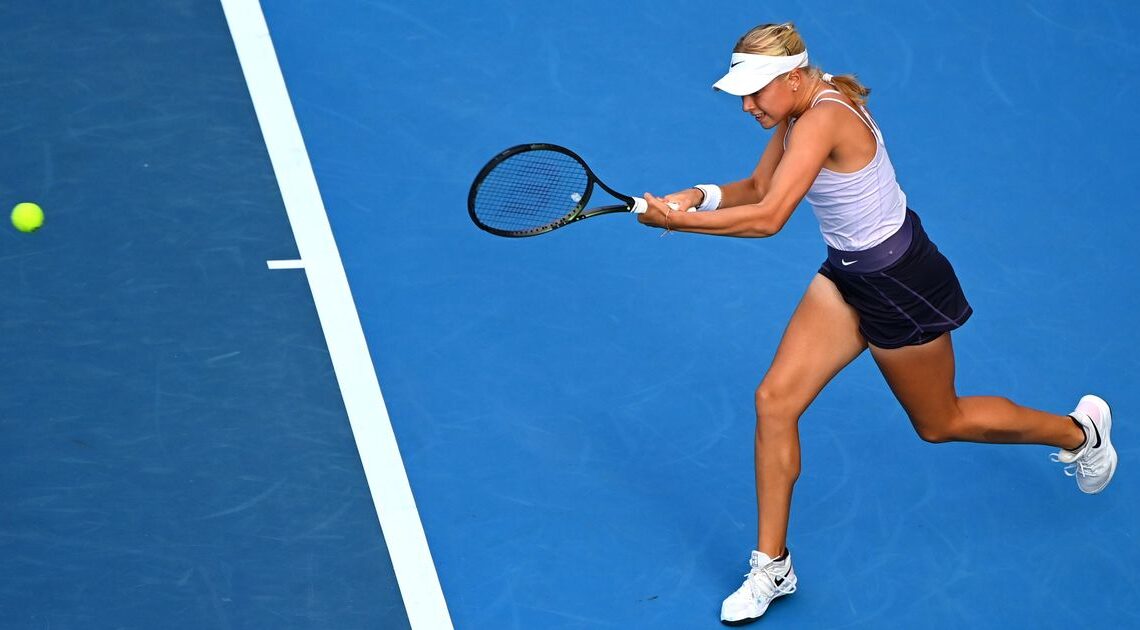 There will be two sister acts in the main draw of the Australian Open after teenagers Brenda Fruhvirtova and Polina Kudermetova successfully navigated qualifying to make their Grand Slam main draw debuts.

No.135-ranked Fruhvirtova, 15, pulled off her second comeback from a set down in as many days, defeating Spain’s Jessica Bouzas Maneiro 3-6, 7-6(2), 6-4 in 2 hours and 53 minutes. No.182-ranked Kudermetova, 19, had a more straightforward time, needing only 76 minutes to advance 6-4, 6-2 past Asia Muhammad. Both Fruhvirtova and Kudermetova were making their Grand Slam qualifying debuts.

Three more players took the total number of teenage qualifiers to five. No.8 seed Diana Shnaider, 18, completed a dominant week with a 6-2, 6-1 defeat of Anastasia Tikhonova in just 55 minutes. Shnaider, who was ranked No.877 this time last year and now sits at a career high of No.105, has dropped just 16 games in three qualifying matches.

Why we should expect a big rise from Sara Bejlek

An all-teenage final round saw the Czech Republic’s Sara Bejlek, 16, back up her upset of No.1 seed Alycia Parks in the previous round by racing past 18-year-old Erika Andreeva 6-2, 6-3. Oksana Selekhmeteva, 19, also advanced in straight sets 6-3, 6-3 over Sophie Chang. Bejlek and Selekhmeteva have both qualified for their second major main draw, having debuted last year at the US Open and Roland Garros respectively.

Three former Top 30 players also returned to the Australian Open main draw. CoCo Vandeweghe, the 2017 semifinalist, needed three sets to hold off the plucky Yuriko Miyazaki, but came through 6-3, 6-7(3), 7-6[1] after the Briton fell away in the match tiebreak. No.3 seed Anna Karolina Schmiedlova completed her qualifying campaign without the loss of a set after beating Elizabeth Mandlik 6-4, 6-4, and former US Open quarterfinalist Lesia Tsurenko came through 6-4, 6-2 over Leolia Jeanjean.