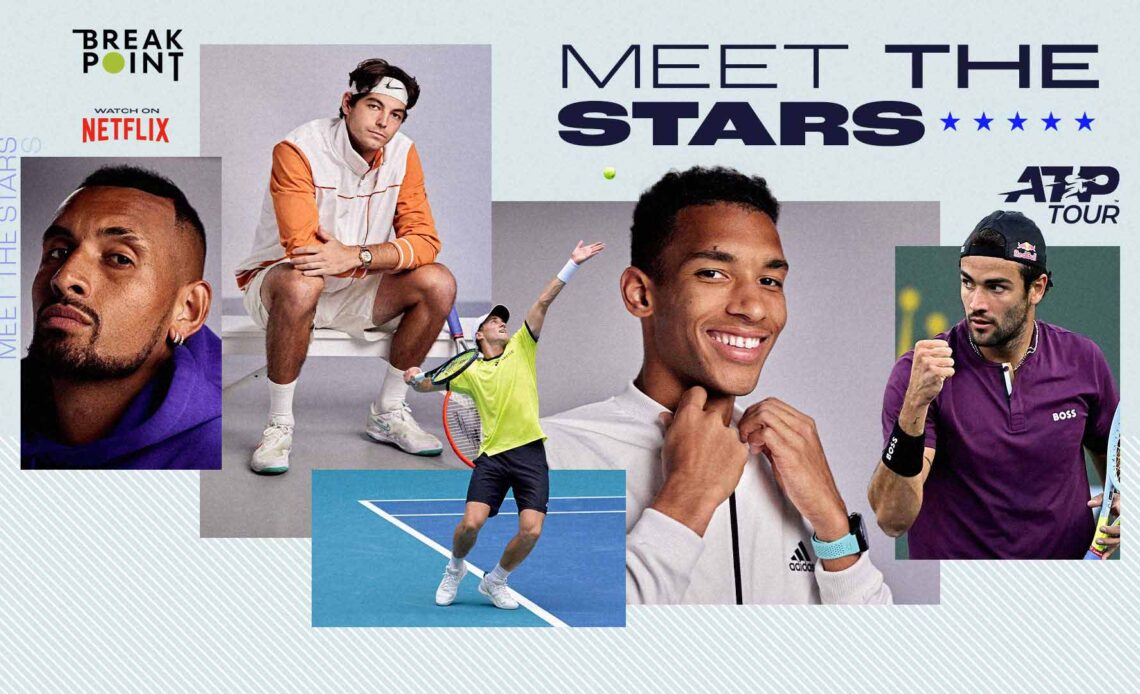 Netflix on 13 January will release the first five episodes of its new behind-the-scenes tennis series, Break Point. Before the launch, ATPTour.com looks at all you need to know about the show, which closely follows stars of the ATP Tour and the Hologic WTA Tour.

What is Break Point?

Break Point is an upcoming tennis series on Netflix that takes fans behind the scenes of life on the ATP Tour and the Hologic WTA Tour during the 2022 season.

The series will follow players during their highs — including historic runs at the world’s biggest tournaments — and lows, including career-threatening injuries and emotional heartbreak.

Will all the Break Point episodes be released at once?

How many total episodes will there be in the first season of Netflix’s Break Point?

The first season of Netflix’s Break Point will feature 10 episodes, spanning from the beginning of the season in Australia to the Nitto ATP Finals in Turin.

Which ATP players will be featured in Netflix’s Break Point?

Does Break Point feature both ATP and WTA players?

Who are other people who appear in the tennis show on Netflix?

Since Break Point is a behind-the-scenes look at life as a professional tennis player, fans will see members of the players’ support teams, from family members like Matteo Berrettini’s grandparents to Nick Kyrgios’ longtime friend and manager Daniel Horsfall. There will also be interviews with members of the tennis community, including Andy Roddick, Maria Sharapova, Paul Annacone and Courtney Nguyen.

What tournaments did the crews follow players at in the first five episodes?

Tournaments that will be featured in the first five episodes of the show include the Australian Open, Indian Wells, Madrid, Roland Garros. On the ATP side, episodes will feature Thanasi Kokkinakis and Nick Kyrgios’ run to the Australian…