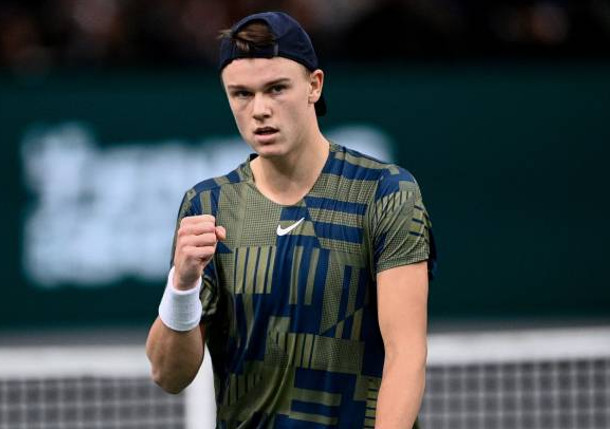 All the world’s a stage and Holger Rune is excited expanding his star-rising role.

“I think I played very aggressive. You know, that’s what I’m working on with the team,” Rune told the media in Melbourne. “We did a lot in the offseason to keep trying to come to the net and stuff, and I think it suits my game well, and I like to play that way.”

The two-hour, three-minute triumph came on the same day Serbian superstar Novak Djokovic made a triumphant return to Melbourne Park with a 6-3, 6-4, 6-0 dismissal of Roberto Carballes Baena to land in the AO second round for the 16th time.

It’s not a stretch to imagine a Rune run down under. If seeds hold true to form, the ninth-seeded Rune would face fifth-seeded Andrey Rublev in the fourth round with the winner potentially playing nine-time champion Djokovic in the quarterfinals.

Players know how dangerous Rune is and now producers are taking notice.

Rune revealed he’s a big fan of the Netflix series Break Point and is now a participant in the show with a camera crew in tow for his Melbourne match.

“We are already starting to do it. They are filming a little bit,” Rune said. “I think the plan is to do some filming for my next match as well.

“I’m excited to do it. I think it’s going to be great. It’s good for tennis. It’s good for us players. And I think more fans we can get into the sport, it’s better. I’m just very positive about it.”

Life as a budding Netflix star hasn’t caused Rune to lose sight of the plot: win a Grand Slam and compete for world No. 1.

“My dream is not to be movie star obviously. It’s to be the best tennis player,” Rune said.

In an ideal world, perhaps Rune can…