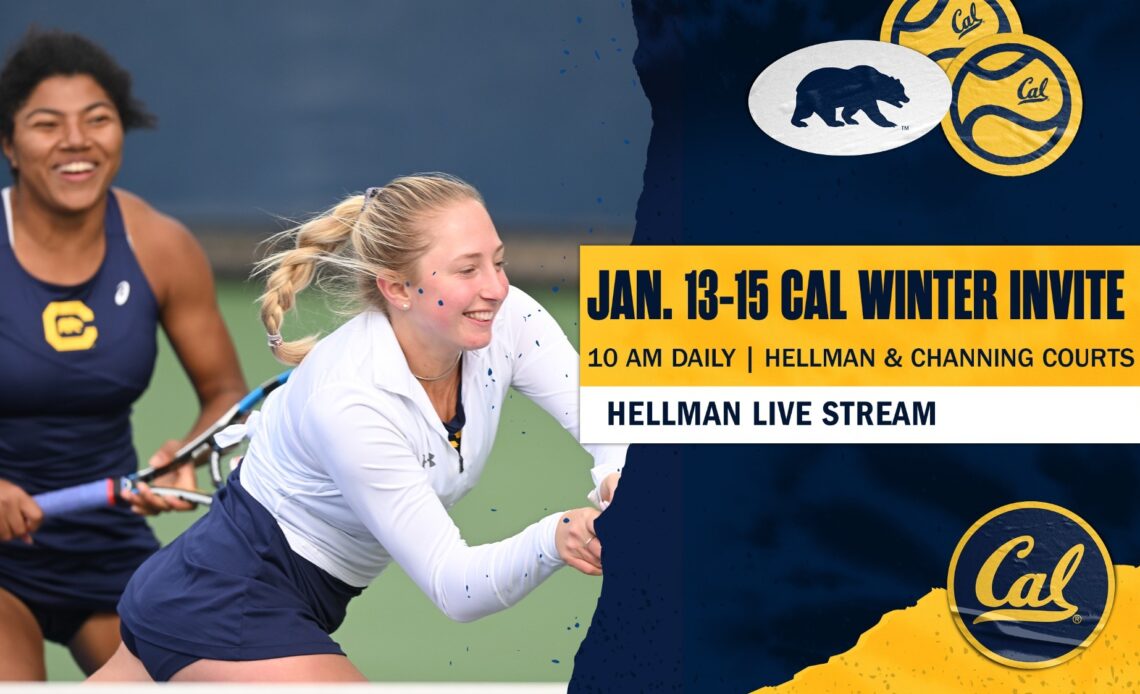 
BERKELEY – The 12th-ranked California women’s tennis program hosts its annual Cal Winter Invitational from Friday through Sunday at the Hellman Tennis Complex and the Channing Tennis Courts. Players from Cal Poly, Saint Mary’s and San Francisco will compete with the Golden Bears in singles and doubles in Berkeley, with matches scheduled to start not before 10 a.m. each day.

With rain in the forecast, Cal, when necessary, will post updates for the three-day event to the team’s Twitter @CalWomensTennis and to CalBears.com.

Live streams for the six courts, including scores for each of the courts, at the Hellman Tennis Complex are available by clicking here. There are no live streams or scores for the Channing Tennis Courts. Fans can also follow updates of Cal matches at @CalWomensTennis.

In last season’s Cal Winter Invitational, Cal’s Haley Giavara and Valentina Ivanov captured the doubles title based on their 2-0 record on court one, while Mariia Kozyreva of Saint Mary’s went 3-0 on court one to claim the singles title.

Cal opened the New Year from Jan. 5-7 in the Weinman Foundation Invitational at the University of Hawaii in Honolulu. Highlights from the three-day event included the debut of freshman Berta Passola Folch (see below) and the return of senior Haley Giavara, who posted her first singles and doubles wins of the season after missing the first half of the year. Also, Passola Folch, Jessica Alsola and Makenna Thiel each posted a 2-1 singles record in the event.

Ranked 27th in Spain’s national senior women’s rankings, Passola Folch was ranked No. 2 in Spain at the under-18 level in 2022. In 2021 – when she won national singles, doubles and mixed doubles titles in…