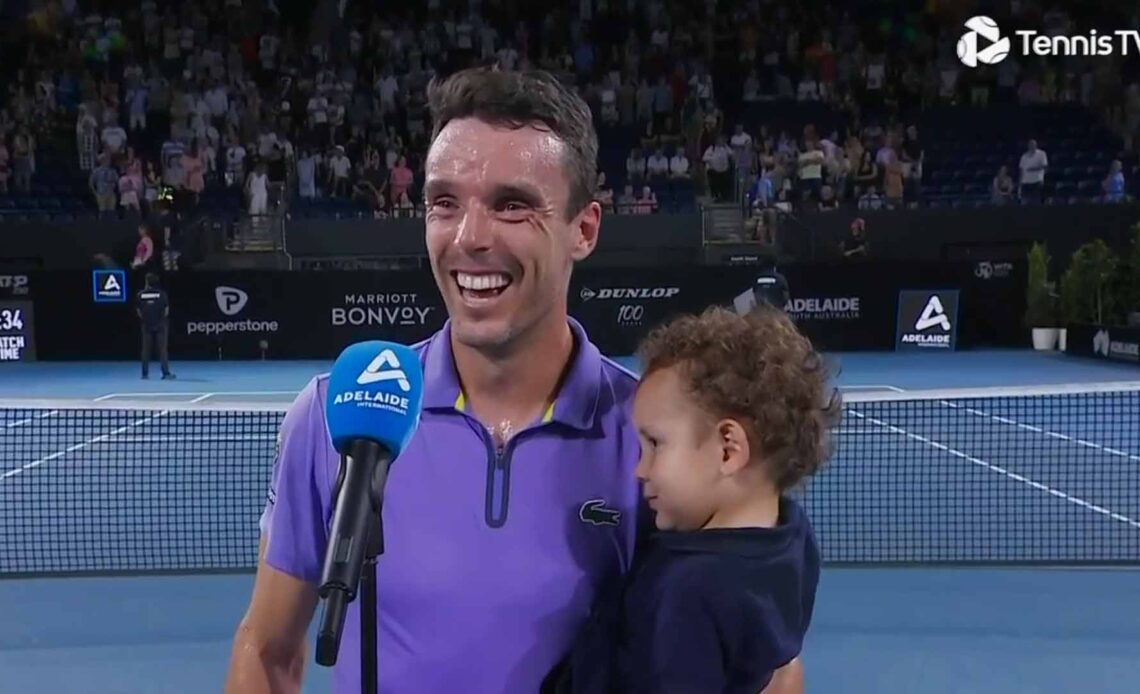 Roberto Bautista Agut may have won a nail-biting three setter against home favourite Thanasi Kokkinakis on Friday in Adelaide, but it was his son who won the hearts of fans with an adorable cameo after the semi-final.

While the Spaniard was delivering his post-match interview, a large smile came across his face as he noticed his son, two-year-old Roberto, making his way on court. When they made eye contact, Roberto Jr. sprinted towards his dad as if he was covering the baseline!

The 34-year-old shared hugs, kisses, and laughs with his son. When interviewer John Fitzgerald commented on the good looks of the toddler, Bautista Agut commented, ‘because of my wife!’ Shortly after, Roberto Jr. took off again as the Aussie crowd cheered him on.

The World No. 26 hopes to lift his son in one arm and the Adelaide trophy in the other on Saturday. Aiming for his 12th Tour-level title, Bautista Agut will play South Korean Soonwoo Kwon in the Adelaide International-2 final.