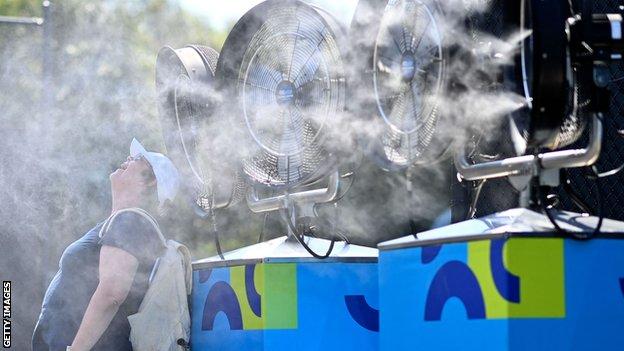 Play on the outside courts was suspended for three hours on the second day of the Australian Open because of extreme heat in Melbourne.

Britain’s Dan Evans was involved in one of them, leading two sets to one against Argentina’s Facunado Bagnis.

Andy Murray’s match against Matteo Berrettini was allowed to start under the roof on Rod Laver Arena.

Matches on Margaret Court Arena and John Cain Arena – which both also have a roof – were allowed to continue.

Play stopped outside when the Australian Open heat stress scale – which takes into account the strength of the sun, air temperature in the shade, relative humidity, and wind speed – reached its highest level of five.

It resumed at 17:00 local time (06:00 GMT), with organisers saying the tournament referee would continue to review conditions.

The extreme heat policy had earlier come into effect when the scale hit four, allowing singles players to take a 10-minute break during the match and have a shower or use cooling rooms.

Evans, like many of the players who were involved in the earlier matches, used an ice pack on his head during changeovers. 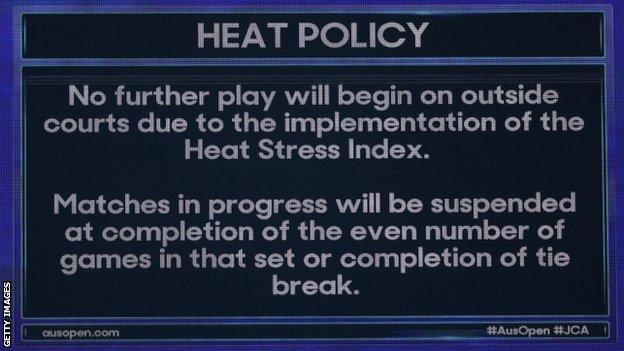