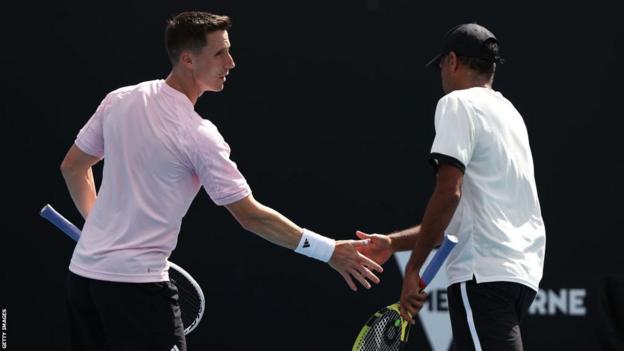 Britain’s Joe Salisbury and American partner Rajeev Ram reached the third round of the Australian Open men’s doubles with victory over Alexei Popyrin and Marc Polmans.

They will play Hugo Nys and Jan Zielinski for a place in the quarter-finals in Melbourne.

They could face Britain’s Neal Skupski and partner Desirae Krawczyk in the last eight.