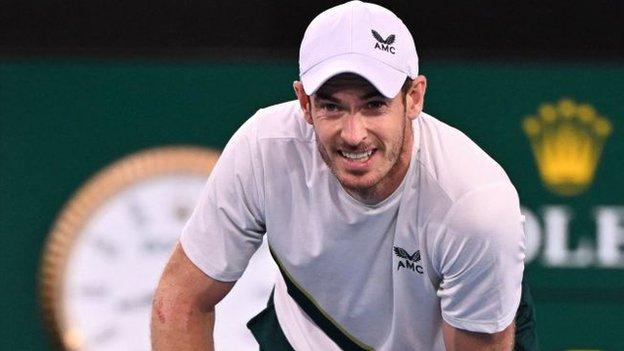 Andy Murray says he is doing himself “justice” at major events and believes he can still “do some damage” following his Australian Open exit.

Murray finished his second-round match at 4am on Friday and returned to Melbourne Park 39 hours later to face the Spanish 24th seed.

“I can have a deeper run than the third round, there’s no question,” he said.

“I’m competing against a guy ranked 20 in the world and it’s still very tight considering the circumstances.”

Murray, ranked 66th in the world, needed five hours and 45 minutes to beat Australia’s Thanasi Kokkinakis in a second-round match ending in the early hours of Friday.

After seeing off Kokkinakis, Murray said he managed just three hours’ sleep before returning to have “seven or eight” blisters on his feet drained.

He then returned to court at 19:00 local time on Saturday to face Bautista Agut, 34, and it was quickly apparent the Scot was struggling to move.

Despite a battling effort, former world number one Murray was unable to reach the fourth round of a major for the first time since 2017.

“There were maybe times in the last year or so where I didn’t really feel like I was playing well and I didn’t enjoy the way that I was playing,” he said.

“The sacrifices and the effort I put in allowed me to get through those matches [against Berrettini and Kokkinakis] and play at a high level that I think was entertaining for the people watching.

“I felt good about the way that I was playing. It’s more enjoyable for me when I’m playing like that, when I’m coming into a major event and really believing that I can do some damage.”

Murray announced at the 2019 Australian Open that he planned to have hip resurfacing surgery, which he feared would end his career.

After losing to Bautista Agut in the first round, the tournament played a now-infamous retirement video featuring goodbye messages from his rivals.

But, four years later, Murray is still playing and he is upbeat about his chances of a deep run at a major.